Missing: Have You Seen the Invisible Man? Review 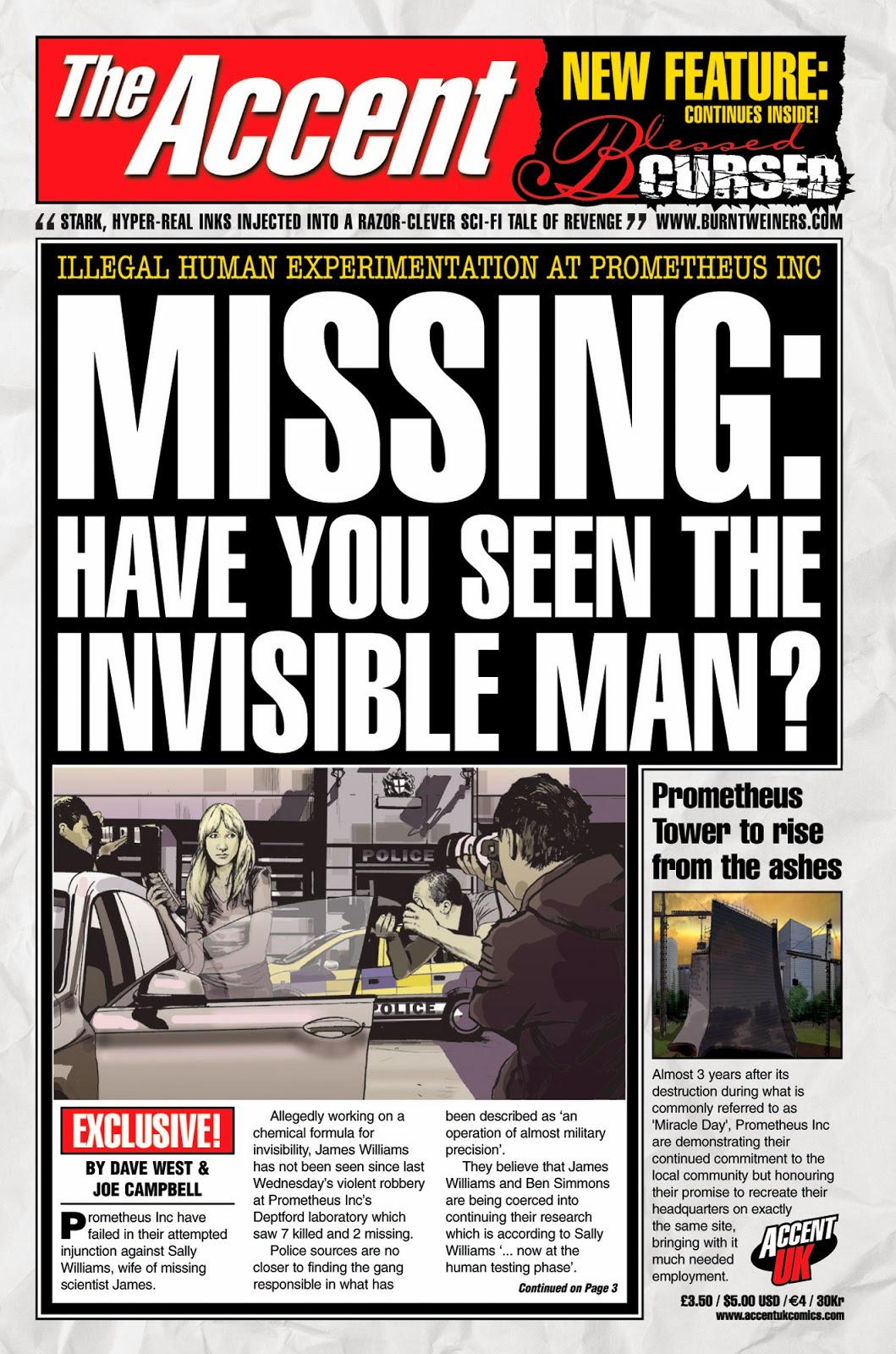 
In the follow up to the Eagle Award-winning 'Whatever Happened To The World's Fastest Man?', we see James Williams develop an invisibility formula. His concerns however that his research might fall into the wrong hands are well founded and he turns to his own formula in order to escape.


Accent UK are fast turning in to one of my favorite publishers in the UK comic book scene with some of their utterly superb releases such as 'WesterNoir' and 'Whatever Happened To The World's Fastest Man?' that really stand head and shoulders above the rest of the UK comic book publishers out there today.

After reading 'Whatever Happened To The World's Fastest Man?', I had some really high hopes for this and I came away from it without being disappointed.

There have been many versions of the invisible man theme and this one adds to that in a really good way.  While the idea of a scientist wanting to make invisibility a reality only for it to come close to falling in to the wrong hands isn't a new one in the slightest, the writing by Dave West really puts it across in a really interesting way.

The characters here really come across as interesting despite there not being too much back story.  Normally the lack of back story would annoy me yet the intelligence and pacing really move the story along and hook the reader in.  I would have liked the story itself to be a bit longer but what we have here is interesting and really comes across as a great addition to the invisible man genre of the science fiction world.

One of the great things about this story is the art by Joe Campbell.  It really gels in with Dave West's writing and gives it an almost photo realistic look with it's stark and haunting art.  Some of the panel work here gives it a look that wouldn't look out of place in a television series or even a movie.  I'd not been all that familiar with Campbell's work but after reading this, I've had a great time looking up some of his other work and definitely think he deserves a more higher profile than he has because he has a great and distinctive style.

While I preferred '...Fastest Man' and 'WesterNoir', this one is a fantastic story with some great pacing, haunting artwork and intelligent writing by Dave West.  If you are looking for a great title to show just how good the British comic book scene is then you could do a lot worse than one of the Accent UK releases such as this one.