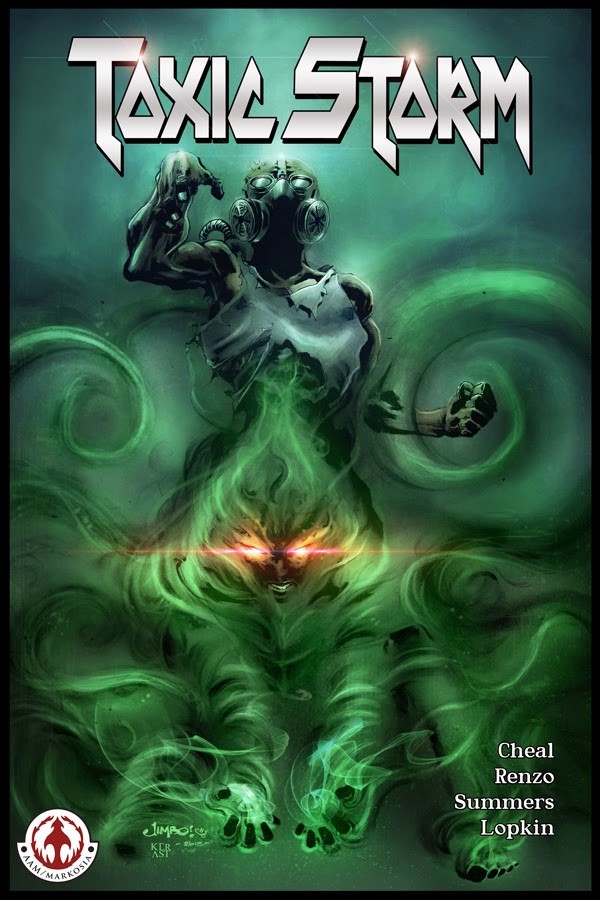 
An unjustly condemned man cheats death in the gas chamber by using occult power to transform into toxic gas.

A psychologically troubled FBI agent is ordered to apprehend him but turns rogue and threatens to destroy his last tie to humanity in a sadistic game of cat and mouse.


I was lucky enough to get to read 'Toxic Storm' when it was in comic book form and it quickly became one of my favorite titles of the year and with good reason.  Great pacing, action packed scenes, memorable characters and much more made this one of those titles where you couldn't wait to get to the next issue.

The one thing that worried me a little was the fact that I wasn't sure if that would translate well to the page when they collected them all together in to one volume.  Would the expectation and excitement still be there if I didn't have to wait for the next issue to come out?

Well, the answer to that is a resounding yes.

In fact, I would even go so far as to saying that the flow and pacing works even better as a collected edition.  The story of a wrongly convicted man isn't the newest story in the world but Adam Cheal puts a fantastic spin on it mixing horror, the supernatural as well as lashings of action and fast pacing.

It's the exact same with the art.  Because of 'Toxic Storm' now being the the collected graphic novel, it flows in such a way that it becomes almost cinematic in it's scope.  With the art giving it a feel of  one of those gritty 1980's horror movies that I like so much, you really get dragged in to the story and in to what is actually happening to the characters themselves.  I absolutely loved how the supernatural parts of the horror were drawn in that you really couldn't take your eyes off the happenings in the panel itself.

As you have no doubt guessed from reading the other reviews for the comic book series, I was very much a fan of 'Toxic Storm' and that still hasn't changed.  I also still stand by my opinion that this was one of the best series of last year and well worth a read.