The X-Files: Conspiracy - The Crow Review 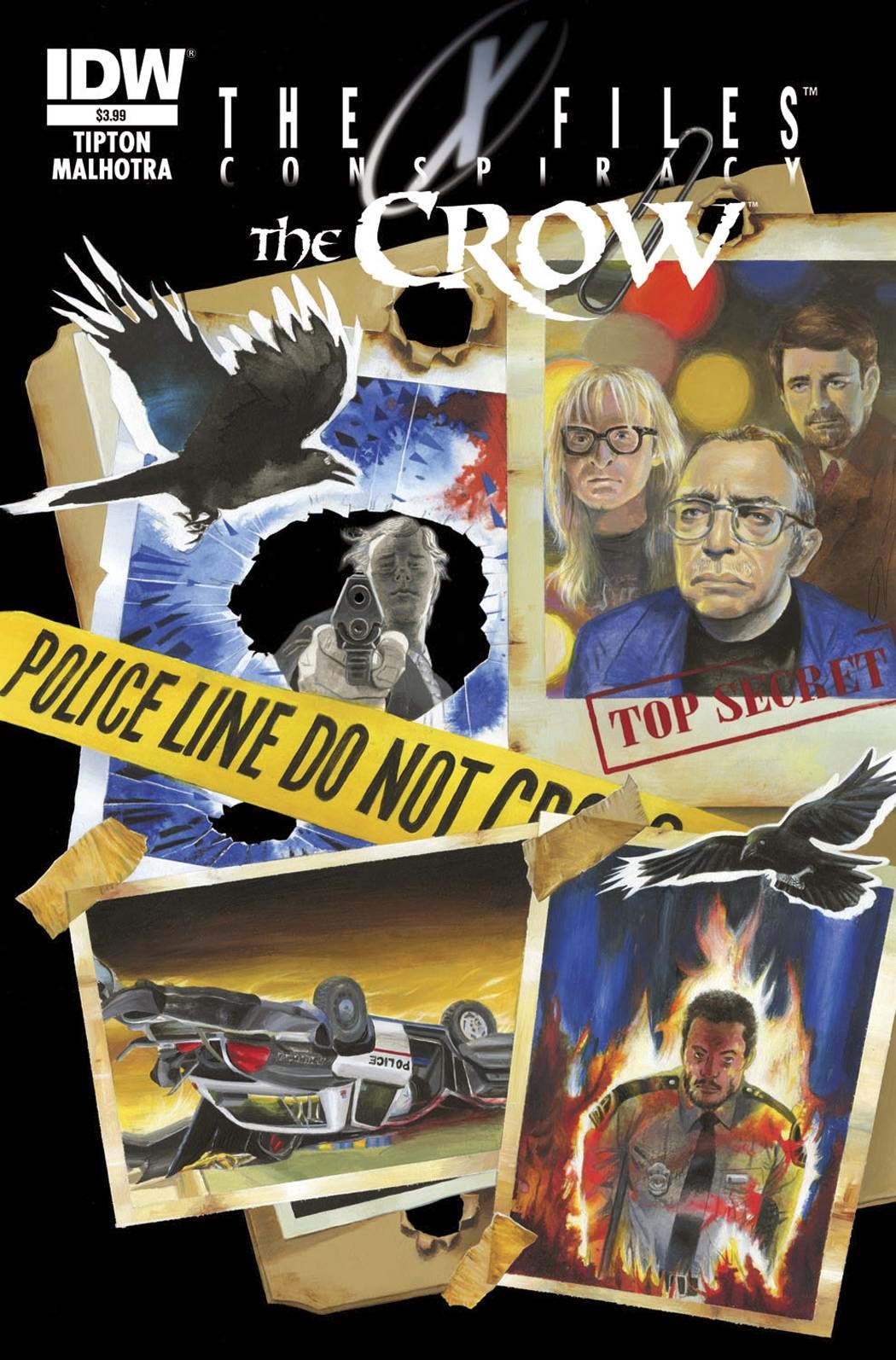 
Bernard is a decorated state policeman in love with his partner. But their romance is brutally cut short when both die following a high-speed pursuit and fiery car crash involving the Lone Gunmen.

Bernard inexplicably awakens to find himself resurrected by an otherworldly crow and with only one thing on his mind: vengeance.


After reading the first issue of the new 'Pestilence' storyline set in the world of 'The Crow', I was quite eager to get to read this cross over issue of 'The X-Files: Conspiracy', a series featuring the Lone Gunmen characters from the iconic 90's show.  I was wondering just how they would marry the two very different worlds and if  the two would gel at all.

I have to admit that I wasn't all that familiar with the 'X-Files: Conspiracy' series before this one as it was my obsession with 'The Crow' that made me aware of it even existing.

As a fan of the original 'X-Files' television show as well as the Lone Gunmen characters themselves, I figured I would at least be in for an interesting read.  Add in to that, a story involving the 'Crow' character made famous by James O'Barr and I couldn't wait to read this one.

That excitement was increased by the superb and interesting cover by Miran Kim.  I really liked the layout of it and the art itself so I was really hoping the inside would be similar.

Well, I was a little disappointed with the art in that it looked good but it didn't seem to really bring the story to life.  That's a bit of a shame because there wasn't anything physically wrong with the art, if anything it is really well drawn but there just felt like there was something that didn't quite gel for me as a reader.

Writing wise, the story itself is an interesting take on the 'Crow' mythos but also fits in quite nicely with the idea of the Lone Gunmen trying to get to the bottom of a  conspiracy by investigating urban legends that may be connected with the bigger picture.  However, for me, the pacing seemed really off.  In fact, while the story itself was good, it just felt quite rushed.  I know that's because each issue of the 'Conspiracy' series, features a new urban legend but with slightly better pacing, this could have been a brilliant comic book instead of just merely being a good one.

While I really enjoyed this one as both an 'X-Files' fan and a 'The Crow' fan, the pacing and general feeling that something was off with the art.  That said, I did like the touch where one of the workers at the crematorium was wearing a name badge with 'O'Barr' written on it.