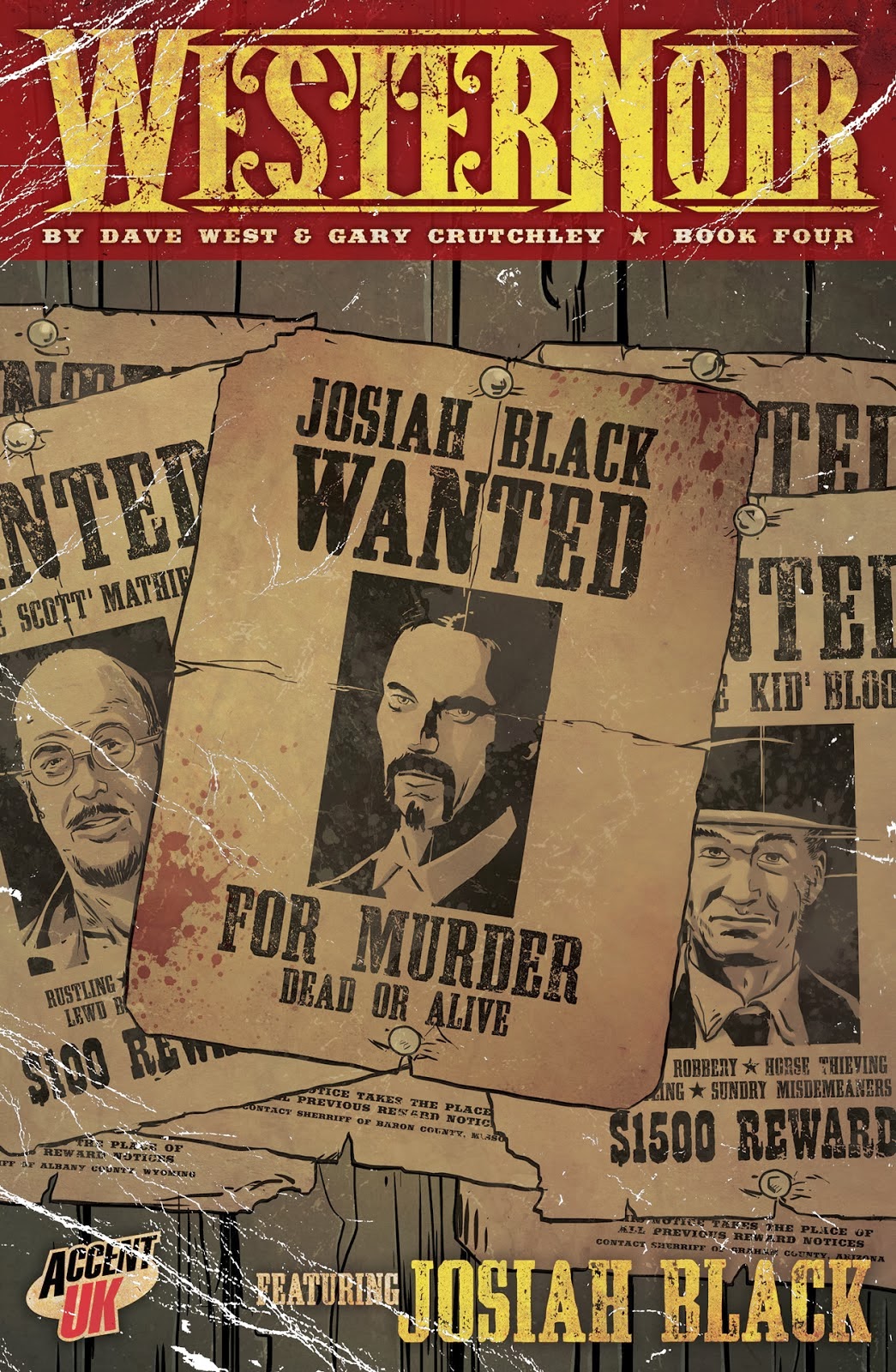 Which of these will Josiah Black, legendary hunter of the supernatural be deeply involved in?


As readers to this site will know, I am a massive fan of the first three WesterNoir books.  The way that West and Crutchley combine the supernatural with the classic western genre earned them a place in the first ever year end awards on this site and deservedly so.

After the absolutely gripping first three books, the third in particular being a great look at the different layers of the Josiah Black character, I was wondering just how they were going to keep the momentum of each issue being better  than the last going.

In all honesty, not only did they did the momentum going, this issue eclipsed the absolutely superb third issue and created such a  gripping story that I couldn't put the book down.  One of the things that I liked was the fact that the emotion of the third issue was carried on here without missing a single beat.  In fact, there were a couple of moments that expanded on that in such a way that when the twist in the end came, it felt like a full on sledgehammer hit.  After reading that ending I seriously can't wait to see where the character is going to be taken now he has some extra knowledge as to what is actually happening around him.

As always the art by Gary Crutchley is positively superb and really helps to bring out the drama and the dread running through the issue.  That's especially true for the massive twist in the final third of the book and very much so on the tragically gorgeous last page as well.  Crutchley also has a supreme knack of being able to bring out just the right details in each panel to have the right impact and once again he puts that strength to great use here.

Together Crutchley and West have crafted, by far, one of the best releases by Accent UK.  It's also by far, the best of the WesterNoir books as well.  With the ending that's here as well as the fantastic twists, turns and revelations that they impart on the readers, this is definitely one of the best British comic books that I have read in a very long time.  If you haven't gotten this one already than I can't urge you enough to get this in your collection.