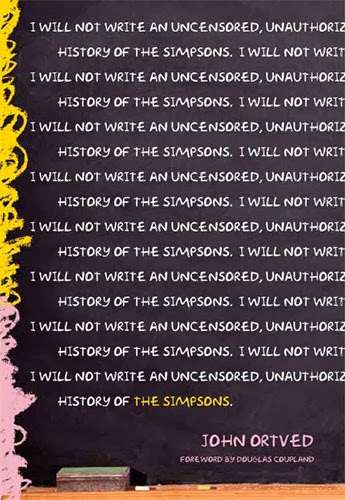 Published By
Faber and Faber, Inc


The Simpsons is one of the most successful shows to ever run on television. From its first moment on air, the series's rich characters, subversive themes, and layered humor resounded deeply with audiences both young and old who wanted more from their entertainment than what was being meted out at the time by the likes of Full House, Growing Pains, and Family Matters.

Spawned as an animated short on The Tracy Ullman Show—mere filler on the way to commercial breaks—the series grew from a controversial cult favorite to a mainstream powerhouse, and after nineteen years the residents of Springfield no longer simply hold up a mirror to our way of life: they have ingrained themselves into it.

John Ortved's oral history will be the first-ever look behind the scenes at the creation and day-to-day running of The Simpsons, as told by many of the people who made it: among them writers, animators, producers, and network executives. It’s an intriguing yet hilarious tale, full of betrayal, ambition, and love. Like the family it depicts, the show's creative forces have been riven by dysfunction from the get-go—outsize egos clashing with studio executives and one another over credit for and control of a pop-culture institution.

Contrary to popular belief, The Simpsons did not spring out of one man's brain, fully formed, like a hilarious Athena. Its inception was a process, with many parents, and this book tells the story.


As a massive fan of the television series 'The Simpsons', I have read many different books and interviews about the genesis of the show itself as well as the story behind some of the people involved.

I was a little hesitant with this one because when you have an unauthorized look at a series, an actor or anything along those lines, it can sometimes turn in to a bit of a hatchet job.  A book cobbled up from so many different sources that they're either massively disjointed or near to unreadable.

When I started to read this one, I realised one thing.  This book is in equal parts well researched and frustrating at the same time.  There's no doubt that this one's researched well.  There is an absolute wealth of information here for the fans out there and some of which I hadn't even heard of before.

That said, there are some very infuriating moments too.  One of the main issues I have is the layout of the book itself.  One minute he's talking about the show then there are massively long excerpts of interviews as page breaks, which can take you out of what he is writing about.  Because of the obvious difference in writing styles between the interviews and Ortved's writing, it really comes across as disjointed.

Another thing that bugged me was the fact that the book didn't really seem to know what it wanted to be.  One minute it was an unbiased look at the making of the massively successful television series but then the next minute it felt like the author had a bit of a vendetta against a couple of the people involved.  At times that felt like it was a case of them vs. Ortved and that's a real shame.

I did agree with the fact that the book was shedding  some light on the other names that had been involved in the creation of 'The Simpsons' and that it didn't go the route of painting Matt Groening as the one creative force behind it all.  That was a nice change from some of the other books I've read about the genesis of the show.

If you are a fan of the show itself then this is definitely worth picking up because it does shed some unknown light on to the show and gave some of the lesser known names a chance to be recognised for their work on the show.  However, the layout of the book and the sometimes, sniping style that felt like a hatchet job in places hurt the overall quality of the book.  That's a real shame because the sheer amount of research that obviously went in to the book is phenomenal and that lead to some great information about the show coming to light so maybe one for the hardcore fans.