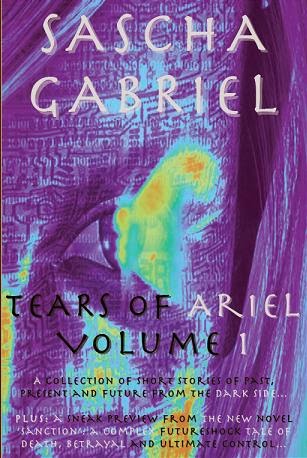 
Tears of Ariel is an anthology of short stories in the cyberpunk/dark fantasy/science fiction/futureshock genres. There are three volumes, this being the first.

They mostly concern a post apocalyptic mutated Earth, where surface dwelling was simply no longer an option except for One Last Bastion...but even there corruption is rife and once that is gone, then nothing will survive; or if it did, it would wish that it hadn't.

There are one or two stories in this anthology that foray into pure fantasy themes such as (non sparkling) vampires, ancient magic (Zoroastrian,Mithraian and Celtic) and golems and are stand alone stories. These were requested shorts by fanzines and were reproduced in this book with their kind permission.

Here nothing is as it seems. But then again, it never is, is it? All that is certain is that the Earth as you know it has no place here and that the characters are autonomous beings who act sometimes even outside the author's control...


I'm a massive fan of fantasy stories as well as being a massive science fiction geek so when I was offered the chance to review it, I jumped at the chance.

Like I have said before, there are some anthologies that are incredibly hit and miss.  The one thing that worried me was that if the author was going to juggle different genres then would it come across as being disjointed.

However, here she manages to juggle dark fantasy, steampunk and science fiction with absolute ease.  The stories here all seem to sit so well together that you could easily take any of them and want to read more about the characters.  That's one of the strengths of the book itself.  Sascha Gabriel does a really good job of creating characters that you will care about.

One of the thing that I especially liked was the simple fact that Gabriel manages to pack so much in to what are essentially short stories with fantastic pacing and settings.  The worlds are fully formed, the characters have multiple layers and there are many twists and turns during the tales themselves.

If you are a fan of really dark stories then you should definitely get your hands on to this one by Sascha Gabriel.  With an added bonus of an excerpt from her forthcoming full length novel then what's to stop you from getting this anthology?