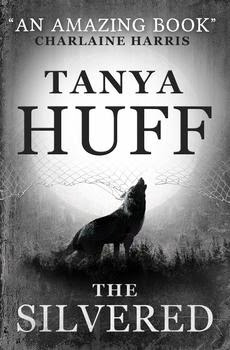 
The Empire has declared war on the small, were-ruled kingdom of Aydori, capturing five women of the Mage-Pack, including the wife of the were Pack-leader.

With the Pack off defending the border, it falls to Mirian Maylin and Tomas Hagen—she a low-level mage, he younger brother to the Pack-leader—to save them.

Together the two set out on the kidnappers’ trail, racing into the heart of enemy territory. But with every step the odds against their survival, let alone their success, grow steeper...


While best known for the 'Blood' series of books that were turned in to the television series 'Blood Ties', Tanya Huff is one of those rare authors that seems to be at home in pretty much any genre.  Fantasy, horror, even science fiction with military overtones.  Huff has seemingly written them all but does she stretch herself too thing trying to write in so many genres?

In this case, definitely not.

One of Huff's major skills is just how she builds the worlds that her characters inhabit and this book is no different.  I would say that she is one of the best writers around at world creation and this one feels so vibrant and alive that it makes the characters feel so realistic that you can't help but get emotionally involved in their lives and the things that happen to them.

Talking of characters, the ones Huff has created for this novel really are some of the best that she has done in a very long time.  The banter between them is superb and written in such a way it's almost as if they are talking in front of you.  Even through the fantastical moments in the book, the characters feel so real that the story is grounded and honestly feels like it would happen in real life.  For a book in the fantasy genre to have that effect shows the marks of a good writer and Huff isn't one of those.  She's a great writer.  One of the things that I liked the most was the fact that despite being a fantasy book, the characters and the world itself had a bit of a Victorian vibe to them and that made this one stand out from the crowded fantasy genre for me.

One of the things that harms the fantasy genre the most is the over reliance on magic and making it as 'in your face' as possible yet here, while used in an exciting way the whole magic system Huff used takes on a more subtle edge sometimes.  The rules are broken and there are consequences yet at the same time it's not used so much that it over whelms the story.  I  wish more fantasy authors would take that lead so here, in the hands of someone as experienced as Huff, it really shows just how it can be done.

If you are a Tanya Huff fan either from her 'Blood' book days or any of her other novels then you know just how good a book this will be.  However, if you are completely new to her work then you really can't get better than this book.  The world she's created for this novel is superb, the story is one of the strongest she has written in a long time and the characters will suck you in to their world and not give you back.  Just don't expect to get a lot of work done when you read this one because it's incredibly addictive.