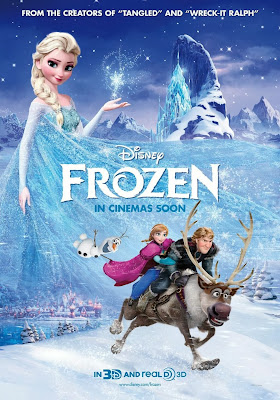 Inspired By
'The Snow Queen' by Hans Christian Andersen


Fearless optimist Anna teams up with Kristoff in an epic journey, encountering Everest-like conditions, and a hilarious snowman named Olaf in a race to find Anna's sister Elsa, whose icy powers have trapped the kingdom in eternal winter.


Based on 'The Snow Queen' by Hans Christian Andersen, one of my favorite stories from my childhood, I had very high hopes for this movie.  Disney are known for taking traditional stories and recreating them in their image so to speak.  Sometimes that works and they come out with a great movie  like 'Tangled' and other times we get much poorer movies.

This one is definitely in the same vein as 'Tangled' and has a similar style to that movie yet at the same time, it's completely it's own movie and story.  One of the things that I really liked was the fact that it could have just been another Disney princess falls in love story but they've done much more than that.

Instead of just doing the stereotypical story mentioned above, we have a story that tells a couple of stories at the same time but they all converge fantastically well at the end.  You have the true love story running through the movie that the Disney studio are famous for and here, it's done very well.  It's got humor, romance and adventure in the love that grows between the characters and the intelligent writing really creates characters that you care about and get emotionally involved with.   That raises the true love story above some of the more recent Disney movies.

Another story that runs through the movie is the fact that Princess Elsa is terrified of the powers that she has.  She's scared of using them, of hurting anyone because of them and is even scared of anyone finding out about her powers.  They portray this beautifully and really show the hurt and fear in the character as well as the anger she feels when her power is discovered.  In any other movie, her act of creating a frozen land out of the kingdom she rules would normally make her a villain but here, the writing has made her such a sympathetic character that she's just as much of a victim as everyone else in the movie. 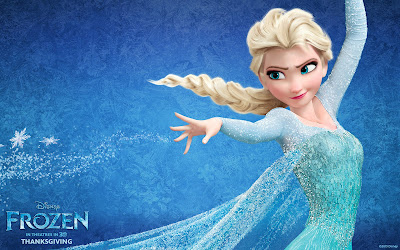 A lot of the story working so well is down to the brilliant performances by the cast.  I can honestly say that there isn't a weak link amongst them.  It was great to see Alan Tudyk in another Disney movie as well after his fun performance in 'Wreck It Ralph'.  However the best performance by far is that of Idina Menzel.  Not only do her renditions of the songs, which are some of the best I've heard in a recent Disney movie, superbly performed but her overall performance is full of so many different layers that the character of Elsa is honestly one of the best characters that has been in a recent Disney movie.

The animation is absolutely stunning.  There were so many scenes that took my breath away but I don't want to spoil them here for you.  Let's just say that your eyes will be glued to the screen.

With a great spin on the true romance style that  Disney is famous for as well as some fantastic and memorable characters this movie is a great one to not only see yourself but to take your little ones too.  There are a couple of scenes that may scare the smaller children but I took my four year old and he was transfixed by the entire movie.  Plus the little ones will get a kick out of the funny snowman called Olaf.

Definitely one that is worth watching and if I'm honest, I wanted to watch it again after the end credits had finished.