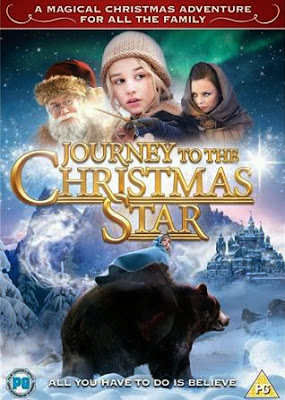 A courageous girl sets out on an epic journey to find the Christmas Star, free the kingdom from a curse and bring back a long lost princess.

With an evil witch attempting to stop her completing her journey, the little girl must overcome great adversity.

A Christmas adventure for the whole family set in a magnificent winter wonderland.


When I looked up the trailer for this movie, I have to admit that I was a little guilty of dismissing it as a bit of a 'The Golden Compass' copycat albeit with a Christmas slant on it but when I actually sat down to watch it, that was most definitely not the case.

What we have here is a fantasy movie but with a Nordic style to it and that really gives it a more magical feeling to proceedings.  That helped to not only hook my little lad in for the entire movie but also made sure that I wasn't bored out of my skull while watching it with him too.

The performances are pretty good all through the cast but that's a little bit undone by the incredibly hit and miss dubbing of the voices.   Some of them are done very well and you wouldn't know the difference but then there are other moments that are 1970's Kung Fu movie level of bad.  It's almost as if they worked really hard on the good ones that they had forgotten the others and just winged it in the hopes that nobody would notice.  On the plus side, it did give me a few unintentional laughs though.

Special effects wise, they are very well used.  They won't give you the wow factor but the director really knew when to use them and when to hold back and that seems like a rare skill these days.  J.J. Abrams and Michael Bay I am looking in your direction there guys.

There is one thing that really did impress me and that was how the movie looked.  The scenes were really shot and lit beautifully, which really lent itself well to having the overall magic Christmas feel that everybody wants  in a movie like this.  I also really liked the music on the soundtrack too, it had a lovely calming feel to it but also worked well on the more exciting scenes too.

All in all, this movie was much better than I expected it to be but that said, the over all rating is let down a fair bit because of the bad dubbing in some places.  It did take me out of the movie a few times and is a real shame.  It's still worth picking up though to share a little bit of Christmas magic for the children in your family. 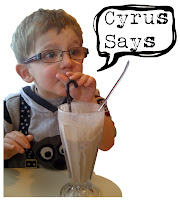