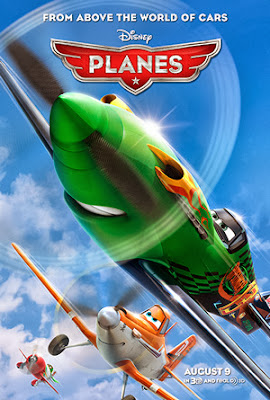 A cropdusting plane with a fear of heights lives his dream of competing in a famous around-the-world aerial race.

When I saw the trailer for this new Disney offering I was a bit hesitant to plunk my money down to see it in the cinema as it just looked like a lazy and uninspired rehash of the 'Cars' movie.  Then my little lad saw the trailer and decided he wanted to see it and my fate was sealed.

Now that I've seen it in the cinema what did I think about the latest DisneyToons offering?  Well, it was a lazy and uninspired rehash of 'Cars' only with planes, even down to some of the characters being pretty much the same characters as the other movie.

The story takes an idea of someone thinking they can do something hard that nobody else believes they  can do and absolutely beats the idea over the head with a brick.  The message is so heavy handed that it came across as very patronising.  One of the story lines that runs alongside the main one of a crop duster wanting to be a racing plane is that of an old timer who won't fly anymore wanting to help Dusty the crop duster be a better racer.  Sound familiar?  Yep, that's right.  The same side story was in cars only swop the old  timer being a war plane with it being an old timer being an old racing car that wanted to make Lightning McQueen in to a better racer.

That's not all either.  There was some massive stereotyping with the foreign planes, as is pretty  usual for one of these sorts of movies, and the villain is so bland that by the time I got home, it was pretty hard to remember all that much about him.

Animation wise, the whole movie was very hit and miss.  Some scenes would look absolutely stunning in their detailing and beauty and others would look rushed and even unfinished in places.  I know the movie itself was being rushed out, along with a couple of sequels, to be one of those 'direct to DVD' releases that Disney do so many of, but then pushed in to cinema's instead.  Maybe it was down to that.  Either way, it's one of the poorest that they've done in a long time.

All in all, this movie is pretty much just 'Cars' but with planes instead but I suppose having set it in their world that would be inevitable really.  I just wish they would have put more effort in to it.  If I'm being completely honest, it's a largely forgettable effort but at least my little lad liked it right? 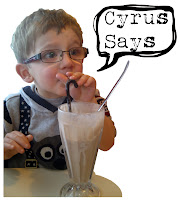 Posted by Pat Scattergood at 08:38