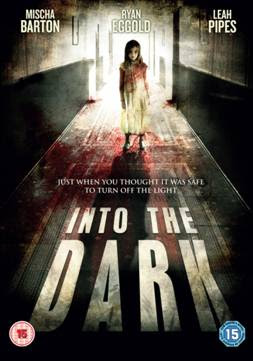 A woman reeling from the death of her parents becomes attached to an alluring man whose sudden disappearance sends her and her friends into a haunted high-rise to find him.

When I received this movie, I have to admit that I went in to it thinking it was going to be a bog standard horror movie with a few ghosts thrown in but is that the movie that we ended up getting?

Instead we got a movie that I really wouldn't say is a horror.  I would say it's more of a supernatural thriller, a bit like 'The Sixth Sense' in a way.

The slow moving and subtle nature of the movie was the first thing that drew me in to the movie itself.  You're given time to get to know the characters and even care about what happens to them during the course of the movie.  That sort of approach is one that isn't used all that often in the horror genre or even in the supernatural genre.  Normally it's just a chance to go for cheap shock tactics and scares but that's really not the case here.

Instead the atmosphere is left to build alongside the characters themselves.  When Sophia, played by Mischa Barton, meets Adam, played by Ryan Eggold, you really get involved in their relationship and pulled in to the emotions as they get closer.

The final third of the movie is where most of the supernatural shenanigans occur and yet it doesn't make the movie feel disjointed at all.  It feels like two movies in places and yet the way it's been edited and directed really makes the movie flow fantastically well.  The effects of the ghosts and the feeling of dread that runs through the last part of the movie is so well handled that it absolutely gripped me right up to the tear inducing ending.

All in all, this is a fantastic movie and one that hooked me in from the first minute right up to the final scene and you can't say that about a lot of movies these days.  If you are looking for a gore filled scare fest then you will be a little disappointed.  However if you are looking for a movie that is equal parts 'haunted house' movie and 'Sixth Sense' style thriller via a bit of 'Ghost' like romance then you will be positively gripped by this movie.  Absolutely superb!