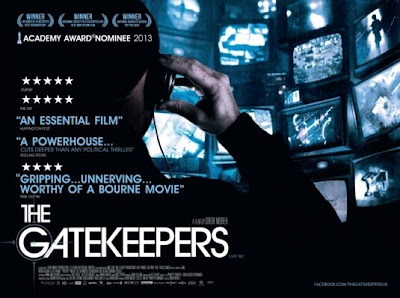 Academy Award-nominated documentary from director Dror Moreh in which six former heads of the Israeli intelligence organisation Shin Bet share their thoughts on the conflict with Palestine. Ami Ayalon, Avi Dichter, Yuval Diskin, Carmi Gillon, Yaakov Peri and Avraham Shalom have all held a job that is arguably among the most important and controversial in the Middle East.

Until now, however, no members of the Israeli secret service have spoken publicly on their thoughts regarding the conflict. From the Six Day War in 1967 in which Israel first occupied the West Bank and the Gaza Strip to the ongoing struggle over borders and boundaries, six men who were at the heart of some of the most fateful decisions in the history of the region offer their reflections on the past and their opinions on the way forward.

Well boys and girls, boy do we have a competition for you today on Curiosity of a Social Misfit!

How would you feel about winning one of three copies of the Academy Award nominated documentary 'Gatekeepers' on DVD thanks to those wonderful folks at Metrodome?

Well, here's your chance.  To win a copy just answer the following question by emailing the answer to patrickstevenchallis@gmail.com to be put in a draw.

The documentary is about the secret service of Israel but what is it called?  Is it

You have until August 12th to get your entries in and all winners will be notified via email.
Posted by Pat Scattergood at 14:19