Who Are You? My Picks For the New Doctor: A Blog Entry 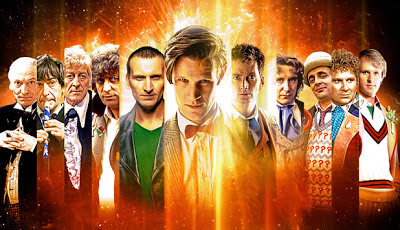 As all of you will know by now, Matt Smith has decided to end his tenure as the Doctor during the Christmas episodes of the long running show 'Doctor Who' and that has lead to some wild speculation as to who his replacement could possibly be.

There have been some interesting ideas coming from fellow fans of the show as to who they could pick for the new Doctor.  Could it be a woman?  Will the Doctor be a different race?  Just two of the ideas being banded around.

I actually really like the idea of the character being either a different race or even a different sex entirely.  I mean let's think about it for a moment.  Out of all of time and space, out of all of his regenerations, how has he not changed sex or even race once?  That's always kind of bugged me about the character but that's a minor gripe from someone who has maybe watched too much science fiction.

Anyway, here are my five picks for who I would pick as the new Doctor.  These aren't people that have been banded around or anything like that.  That's been done to death on many other sites.  These are just people that I would find interesting as the character himself.  By the way guys and girls, these are in no particular order so no griping or bitching about who is better than who on the list.  See what I did there? 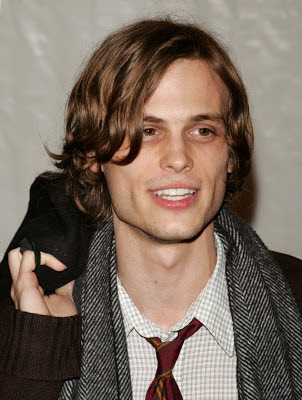 Best known for his role as a different kind of Doctor, Dr. Spencer Reid, in the television series 'Criminal Minds', Gubler has a kind of kooky style to his acting.  No matter how serious the role or dark the story that he is involved in, he always manages to make his appearances count.  Another part of his appeal is that he comes across as a mix of the David Tennant and Christopher Eccleston Doctors yet with a bit of a kooky tint.  That's why I think he would be a superb choice. 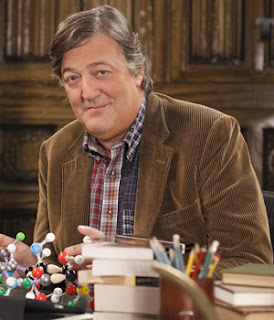 Famous for his roles in 'Jeeves and Wooster', 'Bones', 'QI', 'Blackadder' and many more, Stephen Fry is a wonderfully versatile actor whose dry, sardonic wit would be a brilliant fit for the character of the Doctor.  Is he a young lad who is going to jump around everywhere like Smith or Tennant?  No, of course not but I see Fry in more of a Tom Baker style role as The Doctor.  A Doctor that would use his brains and mental trickery, which I think would be a nice change of pace. 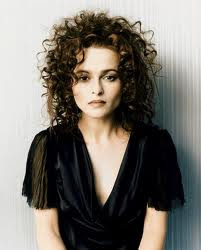 Famous for roles in the 'Harry Potter' movies, 'Fight Club', 'Big Fish' amongst many others, nobody can do bat crap crazy like Helena Bonham Carter.  I think she would be a fantastic choice for The Doctor, if they were going to go the route of making the character female.  I really think that her version of the character would be a fun and insane one.  It would be great to delve in to the psychological nature of all the time travel and if any could pull off such an important part, it would be Carter. 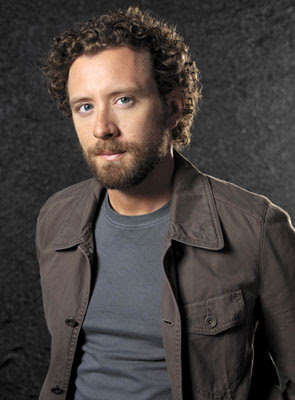 Another actor famous for playing a different kind of doctor, Dr. Jack Hodgins, in the television how 'Bones', his portrayal of that character would be a great fit for the Doctor.   Equal parts wise cracking but clever smart arse and tough S.O.B., I honestly think that Thyne, an under rated actor, would fit character like a glove.  I would love to see just how he would portray the character of The Doctor, with all his foibles. 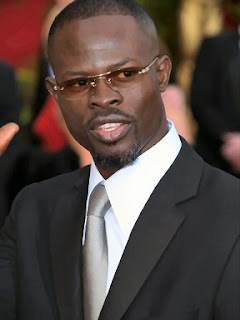 I've always thought that Hounsou was and is a criminally under rated actor, especially after roles in such movies as 'Gladiator', 'Eragon', 'Blood Diamond' amongst others.  He seems to have a quiet charm to him but much like Eccleston, has a skill of portraying damaged and bitter characters.  I would like to see a more bitter style Doctor.  One that has trouble coming to terms with the mysterious things in his past.  I really think Hounsou would pull that off brilliantly.  Plus he'd be the sort of Doctor that would be able to go toe to toe with some of the more physical villains in the shows rogues gallery.

Well guys, there they are.  There's my five picks for who I would pick for the Doctor if I had a chance to pick the next regeneration.  How about you guys and girls?  Who would you think would be good in such an iconic part?
Posted by Pat Scattergood at 15:41