The Bride of Frankenstein DVD Review 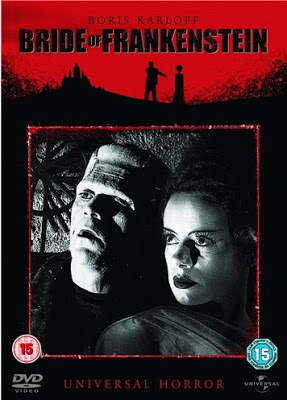 Boris Karloff reprises his role as the screen's most misunderstood monster who now longs for a mate of his own.

'Frankenstein' directed by James Whale is deservedly known as an absolute classic of not only the horror genre but of movies full stop.

Here 'Bride of Frankenstein' surpasses that movie and even manages to be a better movie.

The performances here are universally fantastic fun, especially Una O'Connor, who always manages to show up in these classic Universal horror movies. Her facial expression are just absolutely priceless and in my opinion, a fantastic reason to get this DVD.

To leave it at that however would do the rest of the brilliant cast a massive disservice. Colin Clive is his normal classy self but there are two people that make this movie jump off of the screen.

Boris Karloff as Frankenstein's Monster and Elsa Lancaster as the Bride give truly iconic performances. While Lancaster may not be in it that much, her scenes are memorable long after the credits have ended. However it's Karloff that absolutely owns this movie. His heart felt and sympathetic portrayal of the monster really is a performance to behold. The subtle facial expressions and simple gestures get the child like and naive nature of the character over brilliantly and you can't help but root for him all the way through the movie.

The picture and sound quality are really good on this release, which considering just how old this movie actually is shows the level of care put in to it's restoration.

The special features are very well put together and really shed some light on to the movie and the people involved. The documentary really adds a lot of background layers to the movie too and taught me a lot about the making of and the circumstances around the movie itself.

I urge pretty much anybody to pick up this movie. It's really that good and for once, this is a movie that is more than deserving of it's iconic status. Essential.

Posted by Pat Scattergood at 06:40