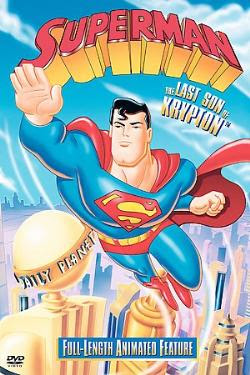 
The origin of the legendary Superman told in three parts.

From his birth on Krypton right through to his adventures in Metropolis as he battles to come to terms with his birthright while trying to solve the mystery behind Lexcorps connection to a group of terrorists.


This animated retelling of the Superman origin is actually the first three episodes of the animated television series from the 90’s edited together to create a feature length movie.

It’s told in three sections starting with his life as a baby on the planet Krypton through to his youth in Smallville then to his life in Metropolis.  While it moves along at a fast and exciting pace, I just can’t help that it could have been a lot better than it’s end result.

This is probably due to the fact that the makers also made the legendary, film noir style Batman series in the 1990’s and as such, comparisons are going to be inevitable.

One of the main faults is that due to  the fast paced editing, many important moments are merely glossed over.  Lana finding out about his powers, his first meeting with Lois Lane and Lex Luthor.  A lot of these just seem to get mentioned and then that's it.

I was also slightly disappointed with the animation as well in that it wasn’t as good as the animation in the JLA movies but that’s only a slight complaint considering the scene where the infant Kal El  is sent away from his dying planet was beautifully done thanks to the bright and vivid colors in the scene.

The writing itself seems to be hit and miss, as it was with the television series in all honesty.  There are parts that make you think 'wow that's brilliant' but then there are parts that just seem to have been put in just to give certain characters something to do and nothing more.

I can't honestly fault the cast however.  The choice of having Daly as Clark Kent and Superman and then the criminally under rated Clancy Brown as Lex Luthor was inspired.  Their performances as the arch enemies really stand out as the best things in this release by far.  It's a shame  that their great performances are kind of lost amidst all the minor flaws, of which there are many.

I was a bit disappointed with the picture transfer as well to be honest.  The scenes should really stand out due to their colorful and bright nature, yet for some reason it just all seems a little flat and lifeless.

The sound doesn’t fair much better either.  It just doesn’t sound as it should do.  All in all, the sounds a little bland and too quiet in places.

It's the same with the special features.  While what is there isn't atrocious or rubbish, they're just a bit disappointing in that there's not a whole lot going on there.  I, as a Superman fan, would have liked some background in to the television series or many a look at the cast.  Yet all we have is a gallery and a thing on how to draw Superman himself.  While kind of cool to look at, it doesn't really add anything.

All in all a bit of a disappointment even to an easy going fan such as myself.  One only for the most hardcore fan that just must have all of the animated adventures of the last man from Krypton.

Posted by Pat Scattergood at 09:30