Rise of the Planet of the Apes DVD Review 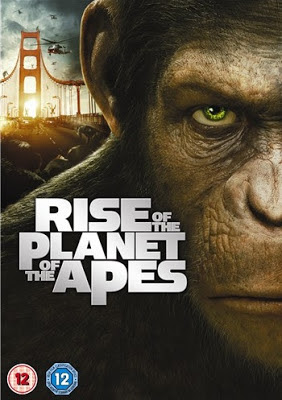 Set in present day San Francisco, Rise Of The Planet Of The Apes is a reality-based cautionary tale, a science fiction/science fact blend, where man's own experiments with genetic engineering lead to the development of intelligence in apes and the onset of a war for supremacy.

Normally doing a prequel after all this time would produce a movie that was little more than a cheap cash that added nothing to the story. 'Texas Chainsaw Massacre: The Beginning', I'm looking in your direction here.

This case however is different. Rise of the Planet of the Apes is a quality movie with an intelligent story and some brilliant performances. The story itself had some really emotional moments as well as a very exciting final third too.

The chimps were done amazingly, especially Caesar. My hat goes off to the brilliant Andy Serkis for once again hitting a home run of a performance. It was so full of emotion that it honestly moved me to tears on more than one moment. I even found myself massively on the side of Caesar and rooting for him.

The other performances, especially James Franco, were all universally great quality but there was one that absolutely stood out for me. John Lithgow honestly deserves an award for how he portrayed the father with Alzheimers due to the subtle and gentle way he played the character. Not once did he fall in to cliche or melodrama. I'd also say that this was one of his best performances to date.

The special features are very interesting and it's nice to finally see the brilliant Andy Serkis get some love for once after all the great work that he has done.