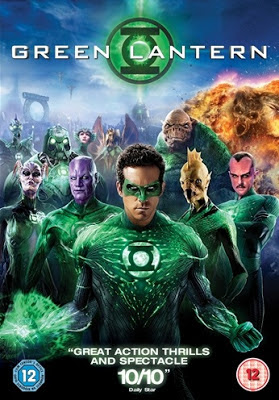 In a universe as vast as it is mysterious, a small but powerful force has existed for centuries. Protectors of peace and justice, they are called the Green Lantern Corps. A brotherhood of warriors sworn to keep intergalactic order, each Green Lantern wears a ring that grants him superpowers. But when a new enemy called Parallax threatens to destroy the balance of power in the Universe, their fate and the fate of Earth lie in the hands of their newest recruit, the first human ever selected: Hal Jordan.

Hal is a gifted and cocky test pilot, but the Green Lanterns have little respect for humans, who have never harnessed the infinite powers of the ring before. But Hal is clearly the missing piece to the puzzle, and along with his determination and willpower, he has one thing no member of the Corps has ever had: humanity. With the encouragement of fellow pilot and childhood sweetheart Carol Ferris (Blake Lively), if Hal can quickly master his new powers and find the courage to overcome his fears, he may prove to be not only the key to defeating Parallax...he will become the greatest Green Lantern of all.

Green Lantern was absolutely destroyed by the critics. I think that was incredibly unfair.

While not a perfect super hero movie by any means, it's still a good movie. Reynolds does a really good job as Hal Jordan. Equal parts cocky and arrogant and other parts unsure of his skills, Reynolds doesn't play him like a stereotypical hero.

The writing really shows respect for the character, which may be down to two of screenplay writers being comic book writers themselves.

The one flaw in the movie that really bugged me though was they tried to fit too much in to the movie. I understand that Green Lantern and the Green Lantern Corps themselves have a lot of back story to explain. While they did a good job of fitting as much as possible in, it may have been a little better to save some for the sequel that is apparently in the works.

Also why cast Blake Lively? She was completely forgettable in her role, which considering she was an important character, that's unforgivable. Also Tim Robbins seems to phone in his performance as well and that's what really hurts the rating.

The special features very 50 50 on here. The sneak peek of the animated series is awful. The show looks dreadful on every level.

However the sneak peek for the comic book was brilliant and really made me want to go read it.

Recommended to Green Lantern and comic book fans but prepare to be amazed at how rubbish Blake Lively is in this movie.

Posted by Pat Scattergood at 09:01