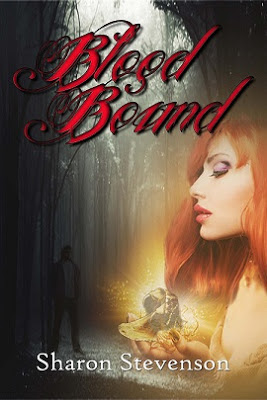 19-year-old twin demon trackers Shaun and Sarah Gallows are used to running into trouble - mostly the kind with fangs - but while Sarah embraces her powers to their fullest extent, trusting her instincts implicitly, Shaun distances himself from his abilities and can do little more than despair at his sister’s reckless nature and idly back her up.

When they come across 17-year-old Melissa Carling, a demon tracker who’s been torturing innocent super-naturals, they know they have to stop her. Sarah is desperate to punish Melissa for what she’s been doing but Shaun’s instant attraction to the girl points to a soul-mate bond stronger than anything he’s ever had to fight before…

As a fan of fantasy and supernatural books, I was keen to read this debut by Sharon Stevenson as the synopsis really interested me.  I wasn't disappointed.

A mix of urban fantasy with some action/horror setpieces thrown in alongside some very witty dialogue, this novel flies along at a cracking pace indeed.  From the very first page Stevenson grabs your attention and doesn't let go until the final page.  Even then, you are left itching to know what's going to happen to the twins next.

There are lots of mysterious storylines and revelations branching off left and right all through the book but here, Stevenson does something very clever.  Instead of it overloading the reader with information or shocks, she chooses exactly the right time to let these moments loose and it really shows a great skill for keeping the story cracking along.

The characters themselves are superbly written.  Normally in this short of book, the writer makes it long on action and short on personalities.  That's most definitely not the case here.  Stevenson goes all out to give each character a separate personality, motives and even their own little back story.  Yet she doesn't short change the reader on action either.  It's in her descriptive style that she really shines and that's most evident in the scenes where they battle the vampire nests and when describing all the things that Melissa has done.  You can almost smell the atmosphere of the nests, feel the action as it happens.  In fact, she has found the perfect blend of character and action.

A lot of reviewers have likened this to 'Buffy The Vampire Slayer' and 'Angel', while that's complimentary to a degree I also feel that it's a bit unfair.  Stevenson has instead crafted an original, exciting and action packed urban fantasy with fully fleshed out characters that you really care about.

I, for one, will most definitely be getting the second book in the series.  If it's half as good as this debut then it's going to be brilliant.

If you want an exciting, fast paced story with great and memorable characters then what are you waiting for?  Get this book now.

Posted by Pat Scattergood at 23:37