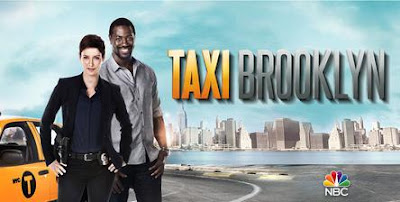 Based on the 'Taxi' Movies Created By
Luc Beeson


After her father was murdered and her license taken away, Brooklyn detective Cat Sullivan partners with a taxi cab driver Leo Romba to be her unofficial police consultant. While she and Leo solve cases and put away criminals Cat partners with her ex husband to find out who killed her father.


I love the two Taxi movies that Luc Beeson wrote in the late 90's early 2000's.  I found them funny, fresh and exciting when I watched them for the first time.  That's when I stumbled upon this television series on Netflix which is not only based on those movies but also has Luc Beeson taking part in the writing as well so I had really high hopes for it.

After watching the fast paced but short series, it's only 12 episodes long, I came away having enjoyed it but also feeling a bit disappointed with the finished product.

The thing that annoyed me the most was the ever changing tone of the show.  It was almost as if the team involved in making it couldn't decide whether it wanted to be a series crime show or be a comedy show that sometimes veered in to slapstick at times.  There were quite a few scenes where there would be a really important or interesting twist that gave the characters new motivations for their actions but then there would be a really badly time moment of humour that completely took you out of the scene.

Taxi Brooklyn also came across as a bit of a clone of the Nathan Fillion and Stana Katic front series Castle but where that series fell, Castle soared.  It's a bit of a shame because Taxi Brooklyn had some really interesting ideas, really interesting stories but the execution of it all just wasn't there.  It was the same with the revelations that came throughout the series.  With better writing then they could have been shocking or surprising but they were telegraphed so such a degree that you saw it coming a mile off.  There were also some major moments where they happened and then an episode later, they were completely forgotten about.  That's just lazy writing.

The cast however, did really well and created some really memorable characters consdering how cliched some of the writing was.  I especially loved the relationship between Caitlyn and Romba and would have loved to have seen the two characters be given more space to grow as a duo but I suppose that may have been down to the fact that the show itself was cancelled after these 12 episodes.

I did really like the soundtrack and the show has given me a few new bands and singers to check out when I've got the time.  I also liked seeing Robin Lord Taylor, Penguin in Gotham, in an earlier role as well as Tony Plana from Ugly Betty as a bad guy.

All in all, while a bit of a disappointing series, it's still an enjoyable series to watch at times and comes across as a bit of a fun distraction while it's on.