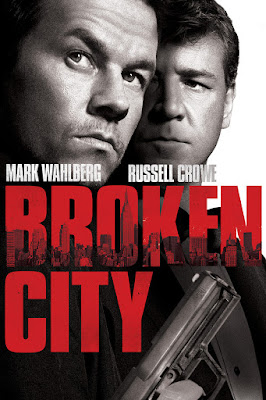 
In a city rife with injustice, ex-cop Billy Taggart seeks redemption and revenge after being double-crossed and then framed by its most powerful figure: Mayor Nicholas Hostetler.


With a cast list as strong as this one, I have to admit that I had some very high hopes for this political crime thriller.  Russell Crowe has always been adept at handling characters that have a sense of darkness and danger to them so I eagerly stuck this one in to watch.

After watching this one, something struck me about the story itself.  I know that political thrillers always tend to have a story line where there are double crosses and murder, which is where this one takes the movie itself, but this one seems to have lost any sense of originality at all.

Watching through the scenes, there was a real sense of 'been there, done that' to the movie itself.  That's a real shame because this movie sounded really interesting on paper, especially with the cast itself.  I kept thinking that the scenes almost felt like someone had taken scenes out of different movies and just slipped them in to this one and hoped for the best.

Some of the problem with the story itself is the really strange pacing that plagues the entire film.  One minute, it's a subtle and slow burning thriller but then it's an all out race against time in places.  It made the whole thing seem rather disjointed.

Cast wise, I have to admit that I was really disappointed with the performances here.  Zeta-Jones seemed to struggle with not looking bored during her scenes and yet a lot of the twists revolved around her characters involvement.  It was the same with Wahlberg.  He tried his best with the sometimes inane dialogue but came across as rather disinterested at times.

That said, Crowe gave his part a real sense of menace and was one of the best parts of the movie and it was the same with Jeffrey Wright as well.  I would have loved to have seen a bit more of Wright's character as there really seemed to be a chance for some great character development that just sadly never came.

All in all, this movie was quite a bit disappointment for me.  It had some interesting moments and strong performances from both Crowe and Wright, the movie itself suffered from some very strange pacing and editing as well as a lack of originality so I, for one, would give it a miss and check out the many better thrillers with a political slant out there.