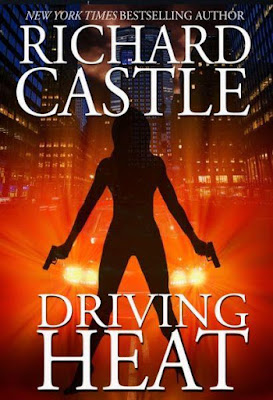 In the seventh novel of his popular Nikki Heat series, the NYPD's top homicide detective has been promoted to captain just in time to face a thrilling case with a very personal twist. Captain Heat's fiance, Pulitzer Prize-winning reporter Jameson Rook, is deep in an investigation.

Professionally for Heat, Rook's meddling in the case compromises her new job. Privately, it becomes an early test of their engagement when Rook becomes a distraction at best, and an obstacle at worst, as their parallel lives not only cross, but collide.

As a big fan of the television series Castle that stars Nathan Fillion, I was absolutely amazed when Titan Books started to release the novels that were talked about on the show.  However, one thing struck me.  Would they be able to live up to the fantastic television series?

Simply put, yes.  Yes they do.

The stories here really do zing along at a cracking pace and that's one of their greatest strengths.  The fast pacing really makes the novels quite similar to the television series and their character counterparts.  The one thing I really liked the most was that quite simply, you really can see their 'real world' versions in these novel characters.  It honestly does read as if the character of Richard Castle has really based them on the people that he works with.

One of the things that has struck me the most about the 'Heat' series of books is that they work very well as stand alone stories but they also have a brilliant theme running through them all that ties them together in a very well crafted way.

Story wise, this installment is definitely one of the best of the bunch.  The easy going nature of the writing really works in it's favor because when you do get hit with the twists and turns, they come across as incredibly effective.  It's the same with the character work as well in that there are some great moments where you see some superb character development.

All in all, if you are a fan of Castle then this is most definitely a book that will stoke the flames of your fandom for that television show.  However, even if you're not a fan of the show, this is a superb crime thriller of a novel and one that is well worth picking up.