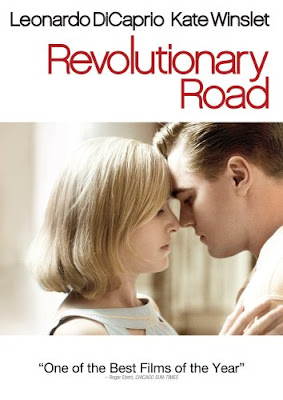 Based on the Novel By
Richard Yates

It's 1955. Frank and April Wheeler, in the seventh year of their marriage, have fallen into a life that appears to most as being perfect. They live in the Connecticut suburbs with two young children. Frank commutes to New York City where he works in an office job while April stays at home as a housewife. But they're not happy. April has forgone her dream of becoming an actress, and Frank hates his job - one where he places little effort - although he has never figured out what his passion in life is.
One day, April suggests that they move to Paris - a city where Frank visited during the war and loved, but where April has never been - as a means to rejuvenate their life. April's plan: she would be the breadwinner, getting a lucrative secretarial job for one of the major international organizations, while Frank would have free time to find himself and whatever his passion. Initially skeptical, Frank ultimately agrees to April's plan.

When circumstances change around the Wheelers, April decides she will do whatever she has to to get herself out of her unhappy existence.

In Revolutionary Road we see the powerhouse acting duo Kate Winslet and Leonardo DiCaprio reuniting for the first time since their turns in the movie Titanic.

The story here needed people such as Winslet and DiCaprio as the leads for the simple fact that this subtle story has a real slow burning feel to it and that would rest solely on the leads shoulders.  Here, the story moves along at such a pace that you really do feel yourself becoming part of the characters lives and it slowly creeps up on you.  That gives the more heartbreaking scenes a real emotional impact that otherwise would be missing from such a subtle movie.

With such a slow pace, you can't help but be so focused on the characters lives and personalities.  I really loved that approach to the movie because of the simple fact that it really did feel like you really were watching it unfold before your eyes.

The performances here are absolutely brilliant.  This is one of those rare movies where I can honestly say that there aren't any weak links in the cast at all.  DiCaprio and Winslet are utterly beguiling in their roles and the chemistry here is used so well that you come away from the movie feeling like they were a real life couple.  The way you are feeling so involved in their lives really give their performances an extra layer.

One of the things that I liked the most about the movie is the absolutely brilliant direction by Sam Mendes.  If you think back to his direction on American Beauty then you are completely on the right path here.  I loved the fact that Mendes never seemed to go for the stereotypical sort of scene and angle.  Instead he went for some very brave choices and they worked superbly well.

All in all, this is an extremely well paced, hard hitting and extremely well acted movie that is both hopeful in some places but also utterly heartbreaking as well.  Definitely well worth seeing, especially for the performances from DiCaprio and Winslet.