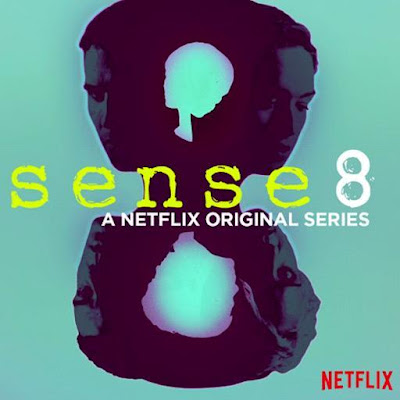 A group of people around the world are suddenly linked mentally, and must find a way to survive being hunted by those who see them as a threat to the world's order.

Once in a while a television show turns up in a blaze of hype and seems to be loved by everyone that watches it.  Sense8 is one of those shows.  Created by the Wachowski's, creators of The Matrix trilogy and J. Michael Stracynski, creator of Babylon 5, this show had a massive reputation to live up to.

I must admit that while they were good, the first two episodes didn't grab me nearly as much as I thought it would but due to my wife's insistence that I should carry on watching, I binge watched the rest of the series and I am more than happy that I did.

As the series progressed, the characters not only grew but also turned in to a group of people that I, as the viewer, really started to root for and care about.  This was especially true in Lito's story as well as Nomi's too.  I won't say much about it because I hate reviews with spoilers in but there is a truly beautiful moment in the 9th episode between Lito, played by Miguel Angel Silvestre, and Nomi, played by Jamie Clayton.  The way their personalities grew as the series progressed and then played their later scenes with such sympathy that it turned in to my favourite episode of the the entire series.

With such an intelligently written series full of twists and turns, you would have to have an incredibly strong cast to do it justice.  That's exactly what we have here.  I've already noted the performances by Clayton and Silvestre but it's not just their show.  Far from it.  I can honestly say that there isn't a single weak link in the cast at all.  Terrance Mann as Mr. Whispers is a definite delight as the wonderfully evil and chilling villain of the season.  Personally, I can't wait to see more of him during the second season.

It's a rare thing for a series to actually live up to the mass of hype that surrounds it but for once, this one not only matched it but surpassed it with style.  With some truly fantastic writing, so many twists and turns that you can't help but keep your eyes glued to the screen, a very strong cast and an ending that leaves you wanting more, this is a series that I honestly can't recommend high enough.