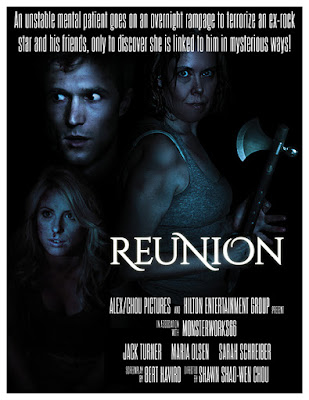 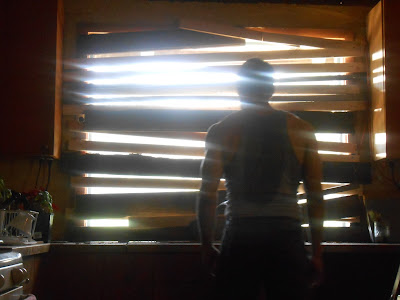 
An unstable mental patient goes on an overnight rampage to terrorize an ex-rock star and his friends, only to discover she is linked to him in mysterious ways.


If you have read this blog once in a while, you'll know that I am a major horror movie fan and in turn a big fan of people such as Bill Oberst Jr., Tiffani Brooke Fest and Maria Olsen.  When I heard that Reunion was being released and I could review it, I absolutely jumped at the chance.

I watched the trailer first to see what kind of horror I was going to be watching and from that, I assumed it was going to be a bit of a stalk and slash horror film.  I was very wrong.

Instead, what I ended up watching was one that was a horror movie but it was so much more than that.  It was a deeply psychological look at the effects of domestic abuse, mental illness and more.  This was all underpinned by the absolutely powerhouse performance by Maria Olsen herself.  In her role as Mia, despite doing some really horrid things to people, there was a lot of sympathy there for character.  That was mirrored brilliantly well by Ruth Reynolds as Young Mia, who did a fantastic job of showing just what had happened to her. 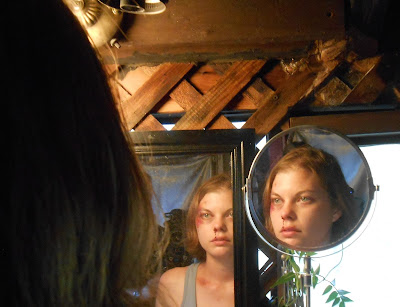 Don't get the wrong idea however,  The movie wasn't just the Maria Olsen show.  The rest of the cast did a really good job of helping the horror and the terror move along at a very effective pace.  It's true that a couple of the characters just felt like they were there to make up the kill number but you get that with a lot of horror movies.  It's just that with this movie, it didn't prove to be distracting because of the strength of the performances by the cast themselves.

Writing wise, the movie did tell a very brave story.  Flitting between being a stalk and slash horror movie and one that delves deeply in to a disturbed mental state is one that could have come over as a bit cheesy and over the top but the writing here for the most part is quite subtle and that helps to make some of the scenes have a really effective punch to them.  A lot of that is helped by the direction and the fact that the team never seemed to just go for the stereotypical angles or shots of the scenes themselves.  It was rather refreshing to see a movie trying to do something a bit different instead of the black and white you bad guy, I good guy style that seems to be so regularly put out in the genre these days.

One of the things I liked the most about the movie was the very atmospheric score that was used to underpin the scenes on the screen, my favorite being the track used over the beginning credits.

All in all, this is an absolutely fantastic movie.  It's one that will stay with you after the end credits have rolled and one that is, in my opinion, one of Maria Olsen's strongest performances to date.  Not only did she make the character herself creepy and horrific, but also made her very sympathetic as well.  Also, watch out for the well placed twist too.  I won't reveal it here but I thought it was very well used.

Posted by Pat Scattergood at 01:32