A Woman of Many Faces - Cosplayer Becky Courtney Talks to COASM 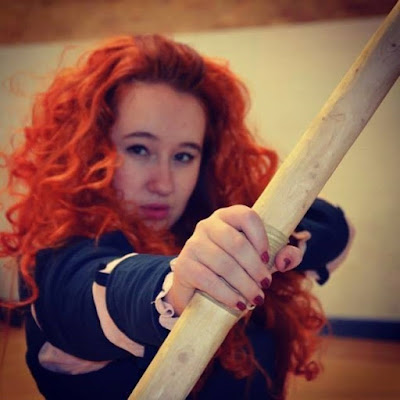 COASM is joined here today by the cosplayer Becky Courtney, who has very kindly taken the time to pop in to talk to Patrick Scattergood about her cosplay projects and her inspirations.

PS: Thank you for taking the time to pop in to our little part of the internet.

BC: Hey, thank you so much for having me! I've been so excited about this!
PS: To someone that may not be familiar with your cosplay work, how would you best describe your cosplay style?

BC: Oh gosh, my cosplay style! I would say any character that can run around and be dorky and silly like Merida or Anna cause then I really don't have to act any different to myself, or just a complete badass like Tauriel or Daenerys! 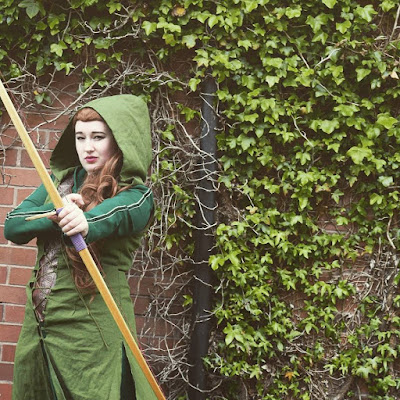 I'd like think I stay quite close the the costume in general although I have done a different version of Harley Quinn for my panel at comic con, just because I wanted to do something different!
PS: You’ve cosplayed as a varied number of characters from both film and comic book but what would you say is your favourite character to be?

BC: I'd say my favourite character to cosplay is probably Merida as that's the character I'm most known for because she's my favourite princess so I literally threw everything into it, the accent, the way she walks, I got a proper long bow and quiver and things for her too! They're not completely screen accurate props as I use them for Tauriel too so I don't mind that they're not!
PS: On the flipside, what would you say has been the most difficult costume to create?

BC: Most difficult...um, well I don't make my costumes but the one I've had the most difficulty with was probably Anna from Frozen as the costume was from China and apparently people in china don't have boobs, so I had to get an entirely new shirt and had to modify the vest to get it to even fit me correctly other than that, they've all been pretty easy!
PS: How would you say it differs between going to the conventions as a fan and as a cosplayer?

BC: Completely different, I've been to only probably a handful as a fan in civi clothes and sometimes it's a nice change from constantly having to adjust your wig or like completely have to take a costume off if you wanna go to the toilet or something! 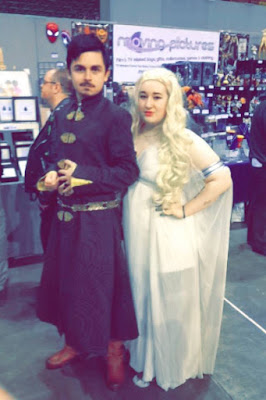 Although I do find myself like helping out all the time, like with friends costumes and stuff so it never really goes away. I don't know If I prefer any cause when I'm in costume, I'll want to be in normal clothes and when I'm in normal clothes, I'll want to be in costume! It's a weird experience when like people want a photo with you then you'll get changed later and you'll see them and say hi, then they look at you like 'I literally have no idea who you are!'

PS: Who or what would you say has been your biggest influence on your cosplay work?

BC: Definitely the people around me like friends have been the biggest inspiration to me because I see their incredible costumes and hard work they put into it! My friend Robyn Alderson was the person to get me into cosplay because she just has these beautiful costumes and no matter who she is she just suits them so much like I think I saw her Poison Ivy first and was completely just in awe of her!

Another friend who completely inspires me is my friend Crispy, she cosplays Castiel from Supernatural and she made her own angel wings and owns I don't know how many coats for Cas and the amount of hours we've spent making her look either beaten up and bruised or like does in the leviathan episodes, the commitment she has to the character and the costume is definitely an inspiration!

I did my first proper cosplay at Teesside Unleashed which is an event ran by Lee Hunter an just from there on I've just wanted to get better because he runs incredible events like Mini-con which we have a cast for and it's basically like a con for kids, being asked to be a part if it was amazing so that kinda put a spark under my butt to get better and inspired me to try more difficult costumes because I saw the standard of everyone else.
PS: Cosplay has been seen as quite a divisive side to the convention world. There are many fans of the scene and there are many detractors that say it takes away from the trade side of things. Why do you think the world of cosplay has that kind of reaction?

BC: Hmm, this is a difficult one, I know a lot of people who trade at events and obviously I know a lot of cosplayers too. I think that it's a really positive thing because you have these geeks who are so passionate about things they love and then traders who sell things made for these geeks and so what if they're in costume? 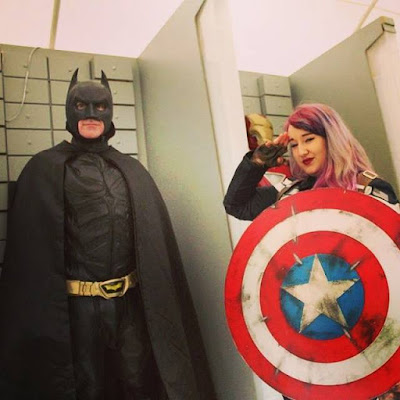 People run events that are specifically for just traders and it's not a convention but when you do have conventions where people want to dress up and meet their idols and collect things to boost their love of things, I would have thought that would be a good thing for traders?
PS: After having been to a lot of conventions, what would you say has been the best costume or cosplayer you have seen?

BC: I've met soooooo many amazing cosplayers and seen some bloody incredible costumes but if I had to narrow it down to a few it would be Hull-Harley Quinn, she's such a gorgeous Cosplayer and she puts so much into her Harley Quinn costumes! Shes just done the new costume from Suicide Squad and it's such a stunning costume and Tarina is such an inspiration to me!

Three I'm going to band together because I know them all, Ian Wardrobe as Death Stroke, Bethany Malloy as Roxy from Kingsman and Chris Kemp as Spike from Buffy the vampire slayer. All of these costumes just are...!!

Just I never hardly see these costumes at events and when I think of these characters, I think of the people, and I just love the badass costumes they do. And one that I've just seen at an event was a guy came as Ed Sheeran, he drew on his arms for his tattoos and carried around a guitar, it was awesome!
PS: What costumes are currently on your radar for making next?

BC: I've got a few lined up that I wanna do! My next one is coming up is Demon/ normal version of Dean Winchester from Supernatural, it's my first male cosplay so I'm definitely excited for that, the 10th doctor is another male cosplay I'm planning too then I also want to have a go at some more Game Of Thrones cosplays! 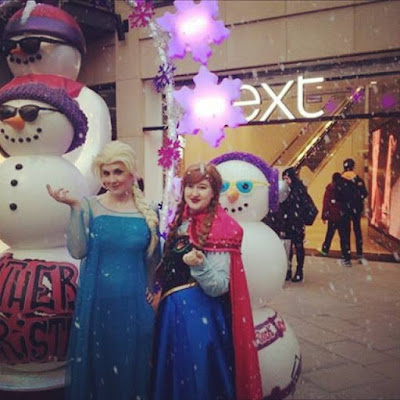 PS: All in all, what would you say has been the best advice you have both been given upon entering the cosplay world and advice that you have given yourself?

BC: The best advice I've ever been given is that cosplay isn't for anyone else but you, do it because you love it, not because you have it!

And I think the best advice I could give is people are always going have to have something to say whether it be bad or good, it's up to you what you do with it but as long as you're happy and proud of yourself then what does it matter if someone has a negative comment?  Just smile and say thank you!

BC: It's been an absolute honour to have been asked to do this interview so thank you so much!
Posted by Pat Scattergood at 08:45