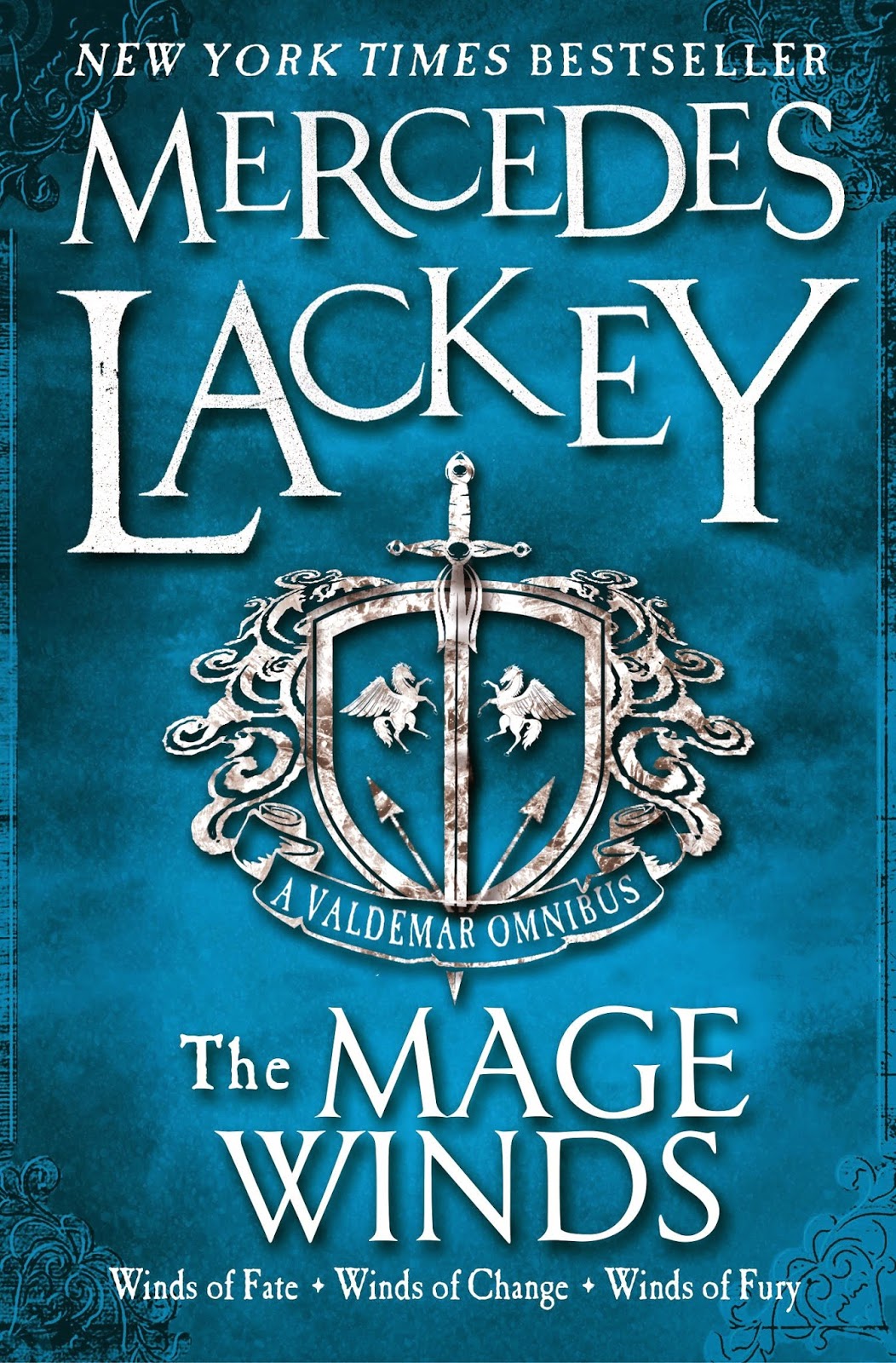 
High Magic was lost to Valdemar centuries ago, when the last Herald-Mage gave his life to save the kingdom from dark sorcery.  But now the realm is at risk again, and it falls to Princess Elspeth, Herald and heir to the throne, to defend it.

Abandoning her home, Elspeth seeks a mentor who can awaken her untrained magic abilities, and soon learns that others, too, are being caught up in a war against sorcerous evil.

The Tayledras scout Darkwind is the first to stumble across the menace creeping forth from the Uncleansed Lands.  As the dark sorcery begins to take its toll, Darkwind must battle an enemy able to wreak greater devastation with spells than with swords, and is forced to call upon powers he has sworn to never use again.

The Mage Winds omnibus follows Princess Elspeth, future Queen of Valdemar, as she masters her mage gift and defends her threatened kingdom.


I must admit that I have reviewed quite a few of Mercedes Lackey's novels since I started writing my own blog.  I truly believe that she is one of the best fantasy writers out there today and has been for a long time.  That said, there have been a couple of times where her recent books haven't quite hit the levels of quality that her classic ones have but that's to be expected when you are such a prolific author such as Lackey.

Here we have the Mage Wind trilogy in a collected omnibus from Titan Books and we get to see the whole tale of Elspeth unfold before our very eyes but will it hook in the fantasy fans?

Well, if you are a Lackey fan then you will know what to expect from this one.  Well thought out and planned worlds, great pacing and some action packed moments that feature well rounded characters.  That's what we have here.

The entire trilogy here runs pretty well thanks to Lackey's use of pacing.  Some moments are fast paced and will keep you on the edge of your seat but then there are also the slower moments where you get to know the characters.  Both of those sit well with each other and really do give the story time to grow and make you really feel involved in the lives of the characters.

That said, there seemed to be a couple of characters that seemed to come and go without much of a purpose and even felt like they were there merely to make up the numbers.  That took me out of the story a couple of times because they seemed to be built up like they were going to really make a difference to the story but then they were  gone without another mention.  That's always bugged me about the fantasy genre because it seems to happen the most there.  However, Lackey does such quite work on the other characters that you are soon back in to being hooked in to the action.

One of Lackey's strengths as an author is the simple fact that she is always able to make you feel like the setting for her novels is realistic to the point where the world itself could exist.  It's the same with the various characters abilities and adventures, it can feel like you are there watching it unfold in front of your very eyes.