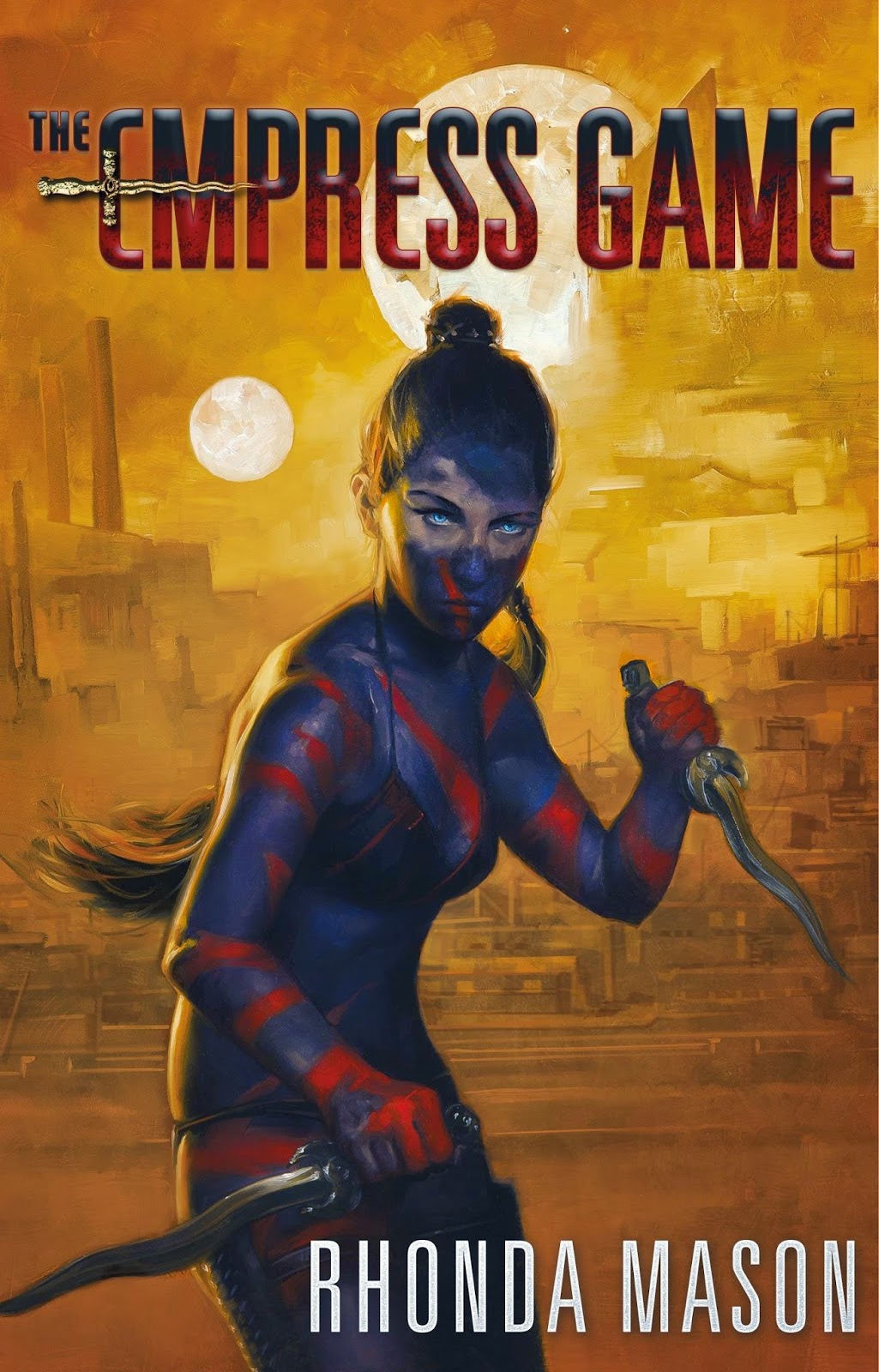 
One seat on the intergalactic Sakien Empire’s supreme ruling body, the Council of Seven, remains unfilled, that of the Empress Apparent. The seat isn’t won by votes or marriage. It’s won in a tournament of ritualized combat in the ancient tradition. Now that tournament, the Empress Game, has been called and the women of the empire will stop at nothing to secure political domination for their homeworlds. Kayla Reunimon, a supreme fighter, is called to battle it out in the arena.

The battle for political power isn’t contained by the tournament’s ring, however. The empire’s elite gather to forge, strengthen or betray alliances in a dance that will determine the fate of the empire for a generation. With the empire wracked by a rising nanovirus plague and stretched thin by an ill-advised planet-wide occupation of Ordoch in enemy territory, everything rests on the woman who rises to the top.


Visitors to this blog will most definitely have realised by now that I love a good ol' bit of science fiction.  Book, movie, television show, I'm not fussed which form of media it takes as long as it grips me.

Well The Empress Game by Rhonda Mason is a book that falls in to that genre and comes with a fair bit of talk and hype around it.  I must admit that I wasn't familiar with her work so I came in to this book with a fairly open mind.

Apparently this is going to be the first novel in a trilogy and it wastes no time in setting the scene for how and where the action is going to take place and boy is there a lot of action here.  That's both a great point of strength for the novel and also one of the weaker links in it's armour.  The action sequences here are well written and really give a sense of grandeur to the book, as do the descriptions of the settings.  You really can picture the world that Mason has created in your head and that goes a long way in gripping in enough to want to see what will leap off of the next page.  There are some moments that really felt like they would have been at home in a book from the Ray Bradbury era of science fiction writing yet retains Mason's voice very well.

Characters wise, there are some really ones here yet you also come away from the story thinking that nobody is safe.  I love that sense of surprise that Mason has running through the tale itself as it really adds to the scenes of tension.  I have to admit that there were a couple of characters that just seemed to be there as dressing yet they did what they were there to do and moved the plot along.

With a clear sense of action and adventure as well as memorable characters and set pieces, this is a science fiction / fantasy hyrbid that should hook in fans of the genre.