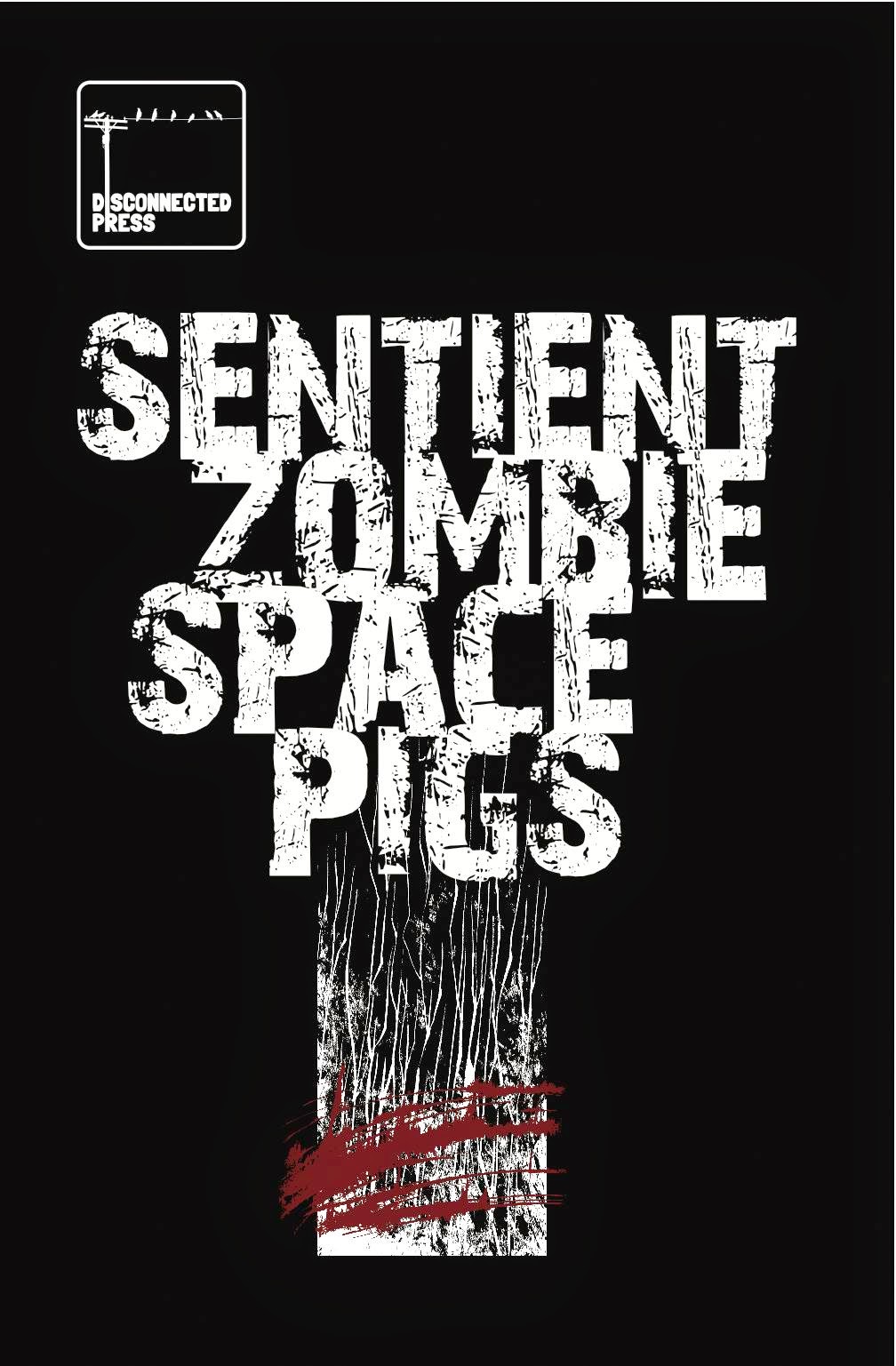 
First contact is stopped dead in its tracks by good, honest, God fearing folks.  That is, until they try to dispose of the evidence.

When old Harlan finds an intruder on his property..Well, they're intrudin' on his property.  He exercises his right to defend his family and farm, and sets off a chain of events that the local community wouldn't ever dream of.  Mostly because they're a bit stupid.

Welcome to the world of Sentient Zombie Space Pigs.

Welcome to the Aporkalypse!


First contact has been lost in a field.  Humanity stumbles on, slightly peckish.

Old Harlan Hipstickle was just protecting his property when he shot the alien that landed in his backyard.  No reason for a fuss, and no point in having folks know his business.

And what's wrong with the pigs getting a feed at the same time?  It's only nature.

Now Harlan's got a pitchfork through his belly, his townsfolk have transformed into slavering swine, and it seems only his nephew Carl and niece Jenny have got an idea with sense: to get one of the pigs to the vet...

With the media, the FBI and the military all starting to take notice, they need to act fast.

Welcome back to the world of Sentient Zombie Space Pigs.

First things first, let's get one thing clear.  Sentient Zombie Space Pigs is one of the best comic book titles I've ever seen in my 32 years as a comic book fan.

With this in mind, I went in to this title wondering just what kind of story a comic book with that sort of title would have and the simple answer to that is, a very funny and interesting story.

One of the things I liked the most about these two issues is the simple fact that it knows it's a bit of a strange story but the team of Lizzie Boyle and Conor Boyle take the story and run with it, showing just how much fun they are having with it.  With the fast pacing and dark humour running through these two issues, I found myself wondering just what exactly was going to happen next.  You really couldn't tell where the story was going to go next and I loved that uncertain feel to the story.

The pair also take some of the cliches that you find in the fun, sometimes low budget 'b' movies that we all know and love, but they turn them around in a darkly comic way.  My favourite of these being the FBI agent that is going to retire after just 'one more case'.

I also liked the use of Whitesnake song lyrics in issue one and Iron Maiden lyrics in the second issue.  Lizzie Boyle slipped these in to the story in such a way that if you didn't know they were lyrics, you would have thought they were part of the story full stop.  They just felt so at home that it added another layer to the story for me.

The black and white act by Conor Boyle works really well with the writing and gives the movie a bit of an old movie feel to it.  That is most true with some of the angles used in the panels.  Conor Boyle doesn't ever seem to just go for the normal, bog standard views, instead using the surroundings and shadows as if they are a character themselves.  That gave the story a darker, edgier feel that really made me want to know what was around the next corner.

If these two issues are anything to go by then I definitely can't wait for the next installment.  These two issues have an interesting story, some darkly comic moments and endings that leave you wanting more as soon as you have closed the comic.What more could you want?