For More Than Glory Review 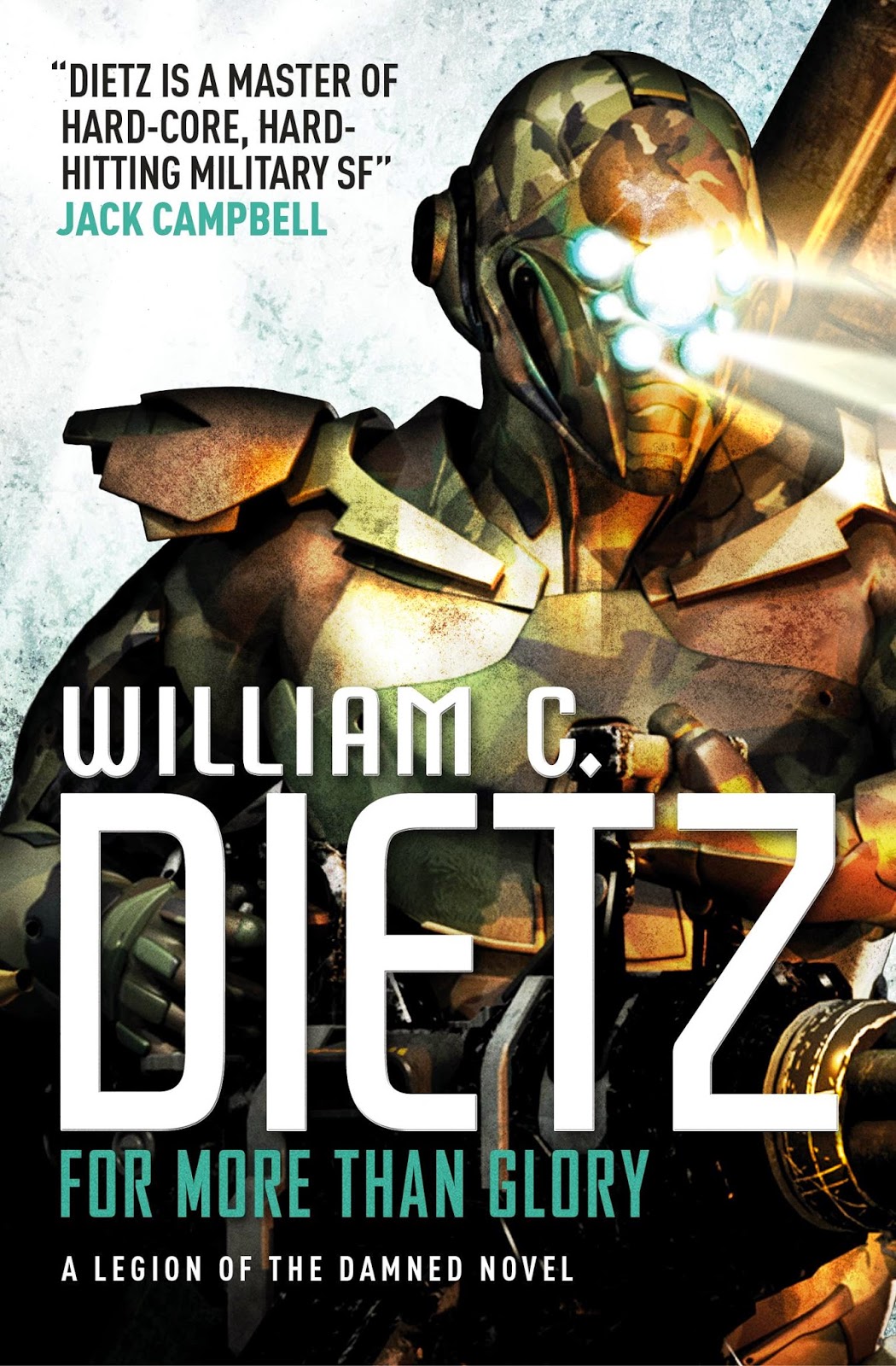 
You're only a hero until your next battle. Legion General Bill Booly knows that peace is just a pause between wars. He's just crushed one uprising, and now a new rebellion is already brewing on a remote world light years away - spawning a web of terrorism that is close enough to catch the vulnerable Confederacy in its grasp.


If you are science fiction fan then you will be very familar with the writings of William C. Dietz, an author who is capable of combining action genres with having the character development and the politics side of things  to make the story ring true.

With his Legion of the Damned series, Dietz has crafted a series of novels that give a sense of wonder and amazement yet feel gritty and hard hitting.  The fact that he uses his characters not as cannon fodder but to really put forward to consequences of what the constant cycle of battles does to the psyche of the people involved.  I love that approach to his writing because it makes the stories more than just stereotypical science fiction.

As well as having more intelligent stories in the series, For More That Glory, is an installment that takes a more personal approach to the war going on around them and the acts of terrorism that are coming with the impending uprising.  I loved how the characters were conflicted when making the decisions about what would need to be done and the consequences.that come with those decisions.  I've always found that Dietz's writing always benefits from that approach because it stops the characters and the stories from falling in to the normal trap of being all action and nothing else.

For More Than Glory is a great installment in the Legion of the Damned series in that it really furthers the ongoing storyline in a very effective way.  The twists and turns that have been used so well in the other novels are used really well here in that there were a couple of twists that really gave the novel a real 'page turner' feel to it in that I really wanted to keep going to see just where the story was going to head off next.

As far as military science fiction stories go, this one really is up there with the best of the Legion of the Damned series.  Twist and turns galore abound in this new installment.  If you are a fan of the series then this is definitely a novel that you need to get your hands on.