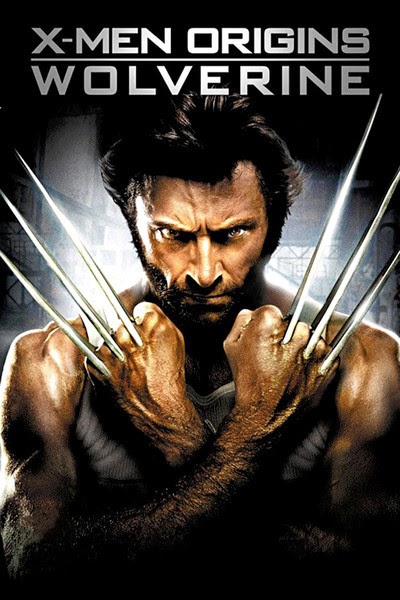 
Two mutant brothers, Logan and Victor, born 200 years ago, suffer childhood trauma and have only each other to depend on. Basically, they're fighters and killers, living from war to war through U.S. history. In modern times, a U.S. colonel, Stryker, recruits them and other mutants as commandos.

Logan quits and becomes a logger, falling in love with a local teacher. When Logan refuses to rejoin Stryker's crew, the colonel sends the murderous Victor. Logan now wants revenge.


A movie taking a look at the early years of Wolverine and including the characters of Deadpool and Gambit?  I had to admit that there was no possible way of this being disappointing.  Well, when I saw this the first time, quite a while ago now I must admit, I was very disappointed.  That's why it stood on my shelf for quite some time before I had another watch.

Well, after revisiting this movie, one thing really struck me.  After the first two X-Men movies were so good that the character of Wolverine was written in to being the wise cracking, sarcastic and being a complete ass kicker, I was expecting more of the same.  Yet here, they seem to have completely forgotten all the hard work set by those movies.  Instead we get a Wolverine that just doesn't seem to care.  In fact, it just seems that he is full of apathy save for a few flashes of the character that we know and love.

Another thing that bugged me was the simple fact that the movie seemed utterly disjointed and a mess of a movie.  There are moments of violence right next to cliched romance but then you have some random moments of slapstick comedy that seemed to have been taken from a completely different movie and just stuffed in to this one to fill out the running time a bit.

Cast wise, there are some fantastic names involved here and they do truly do their best with the, sometimes dire, writing here.  With Ryan Reynolds slated to bring the character of Deadpool to life on the big screen soon, his version of the character would be ultimately forgettable if not for being a massive waste of an opportunity.  It's the same with Gambit.  His brief foray in the movie was good but should have been so much more after such a long wait for the fans.

That said, I have to admit that I raised my eyebrows with the casting of Liev Schreiber as the man that would become Sabretooth but he is by far the best part of the movie.  He really gives the character multiple layers and creates an interesting foil for the character of Logan, Wolverine

I have to admit, I'm not all that sure what they were going for with this movie.  I've read some reviews that were absolutely brutal with their opinions of this movie but I tend to disagree with them for the most part.  The movie isn't that bad.  It's nowhere near the levels of awfulness that Elektra and Catwoman hit.  Far from it.  The thing that makes this movie so bad is the massive waste of talent and expectation that came with this movie.  It's one of disappointment in what should have been a fun, exciting and well thought out look in to the early years of one of the comic book worlds most popular characters.