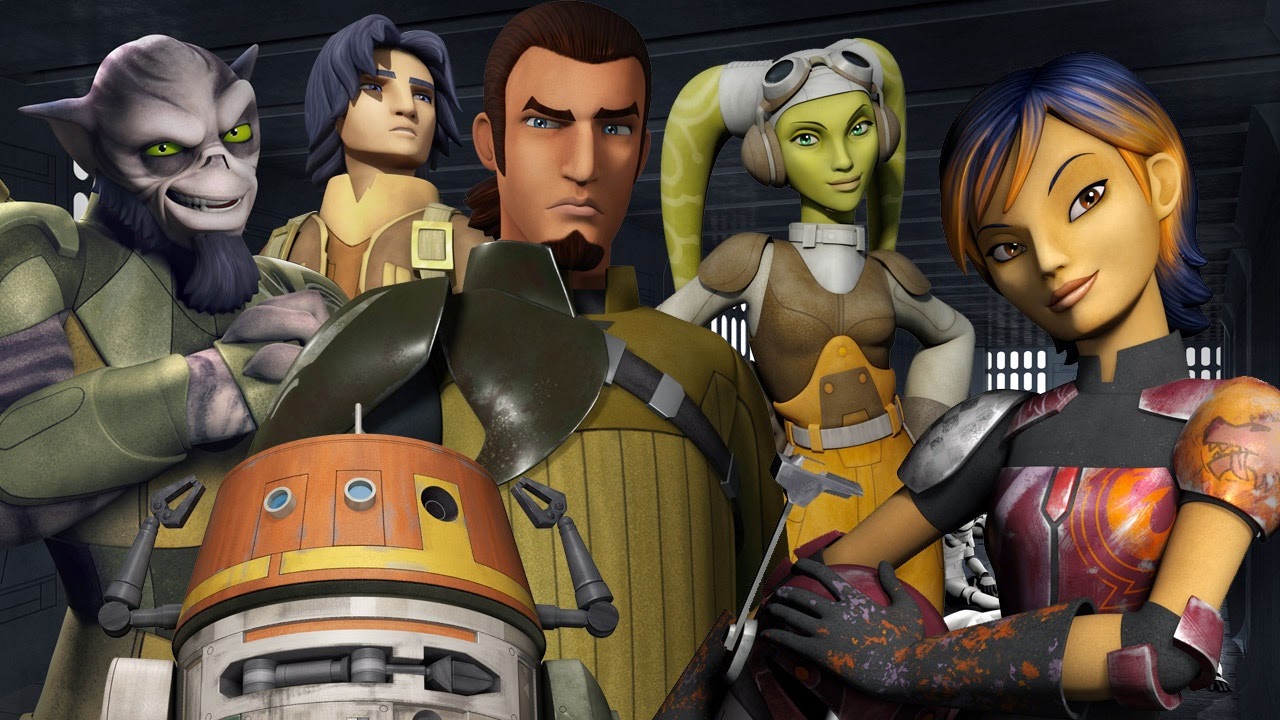 
A brave and clever ragtag starship crew stands up against the evil Empire as it tightens its grip on the galaxy and hunts down the last of the Jedi Knights.


When I saw that Disney were going to make a new Star Wars prequel series but one that focused on a young lad going on adventures set during the gap between the new trilogy and the classic one, I have to admit that I was a little sceptical.  I thought that there would be too much humour and not enough excitement but I was definitely wrong on that front.

With this series, Disney have done something very clever indeed.  They have managed to create a series that will hook in the younger viewers but there are so many nods and links to the classic movies that the parents watching it with them will be entertained too.

The episodes themselves work very well when watched alone but when you watch them one after another, it's a bit like going on a treasure hunt but as a Star Wars fan.  The stories do a great ob of linking to classic ideas, characters and themes but do so in a way that it fits perfectly in to the Star Wars canon.

I have to admit that when the series started, I found the character of Ezra a little one sided and even a bit annoying in places.  As the series progressed, the character not only grew but became a very important and essential part of  the story.  The parts of the episodes that revealed little snippets of his past were very well done and really gave  the character an emotional edge.  It's the same with the rest of the crew.

Near the end of the season, you begin to learn more about the character of Kanan, a Jedi character that works with the crew.  In the final couple of episodes, you really do have a real sense of the turmoil the character goes through and it even lets you in to why he acts the way he does.  It was a very well written bit of television in that they did it in a way that it gives the viewers a reason to care about him as well as being easily understandable for the younger viewers.

However, for me as an adult, I loved the addition of the character called The Inquisitor that was voiced by the criminally underrated Jason Isaacs.  The sheer amount of menace and dread that he brings whenever he is on the screen really reminds me of how I felt as a kid watching Darth Vader for the first time.

For fans of the original trilogy, there are some fantastic appearances by some of the characters from their and they're even voiced by the original actors too so for an old school fan such as myself, that was a real treat.

All in all, this is a fantastic series that will really please the younger viewers as well as the young at heart ones.  Exciting stories, a great surprise at the end of the series and characters that grow as the series progresses.  I, for one, can't wait for the second season and nor can my lad so personally, you can't ask for more than that from a television show.

Posted by Pat Scattergood at 02:26