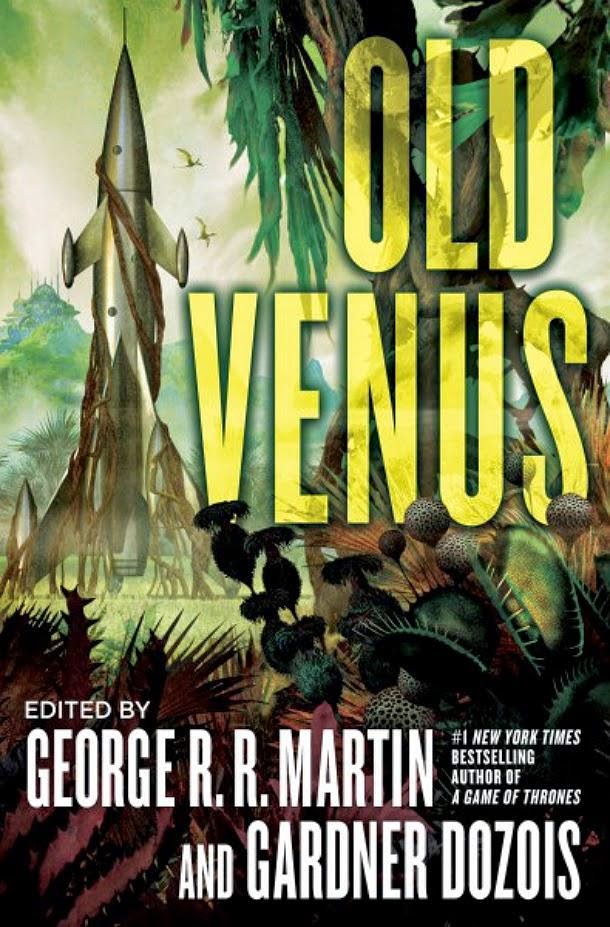 From pulp adventures such as Edgar Rice Burroughs's Carson of Venus to classic short stories such as Ray Bradbury's The Long Rain to visionary novels such as C.S. Lewis's Perelandra, the planet Venus has loomed almost as large in the imaginations of science fiction writers as Earth's next-nearest neighbour, Mars.

But while the Red Planet conjured up in Golden Age science fiction stories was a place of vast deserts and ruined cities, bright blue Venus was its polar opposite: a steamy, swampy jungle world with strange creatures lurking amidst the dripping vegetation.  Alas, just as the last century's space probes exploded our dreams of Mars, so, too, did they shatter our romantic visions of Venus, revealing, instead of a lush paradise, a hellish world inimical to all life.


I've always had a fondness for retro style science fiction stories.  It doesn't matter whether it was the old movie serials such as the black and white Flash Gordon or the classic books by people such as Edgar Rice Burroughs.

When Titan Books said revealed that they were going to be releasing an anthology of stories that fell in to that genre and that it would be edited by George R. R. Martin and Gardner Dozois, I was excited and eager to get my hands on a copy for myself.  That excitement increased when I saw the list of all star writers that would be involved in this book but would this book match that level of excitement?

Well, yes and no.  With sixteen stories in this book, there was bound to be some that didn't just meet the quality of some of the others and that is the case here.  To be honest, a lot of anthologies suffer that self same problem.

With two such heavy hitting names such as George R. R. Martin and Gardner Dozois editing the book, there was a certain amount of expectation that came with this collection.  For the most part, this retro style science fiction collection meets that.  I will gladly say that there aren't any truly bad stories in this collection, far from it.  All the stories are very well written and have great to interesting takes on the genre.  It's just that the simple fact is that some of them fell a little bit flat when compared to the superb and soon to be classic science fiction stories that are included here.

If you are a fan of science fiction with an old fashioned, classic charm then this is definitely the collection for you.