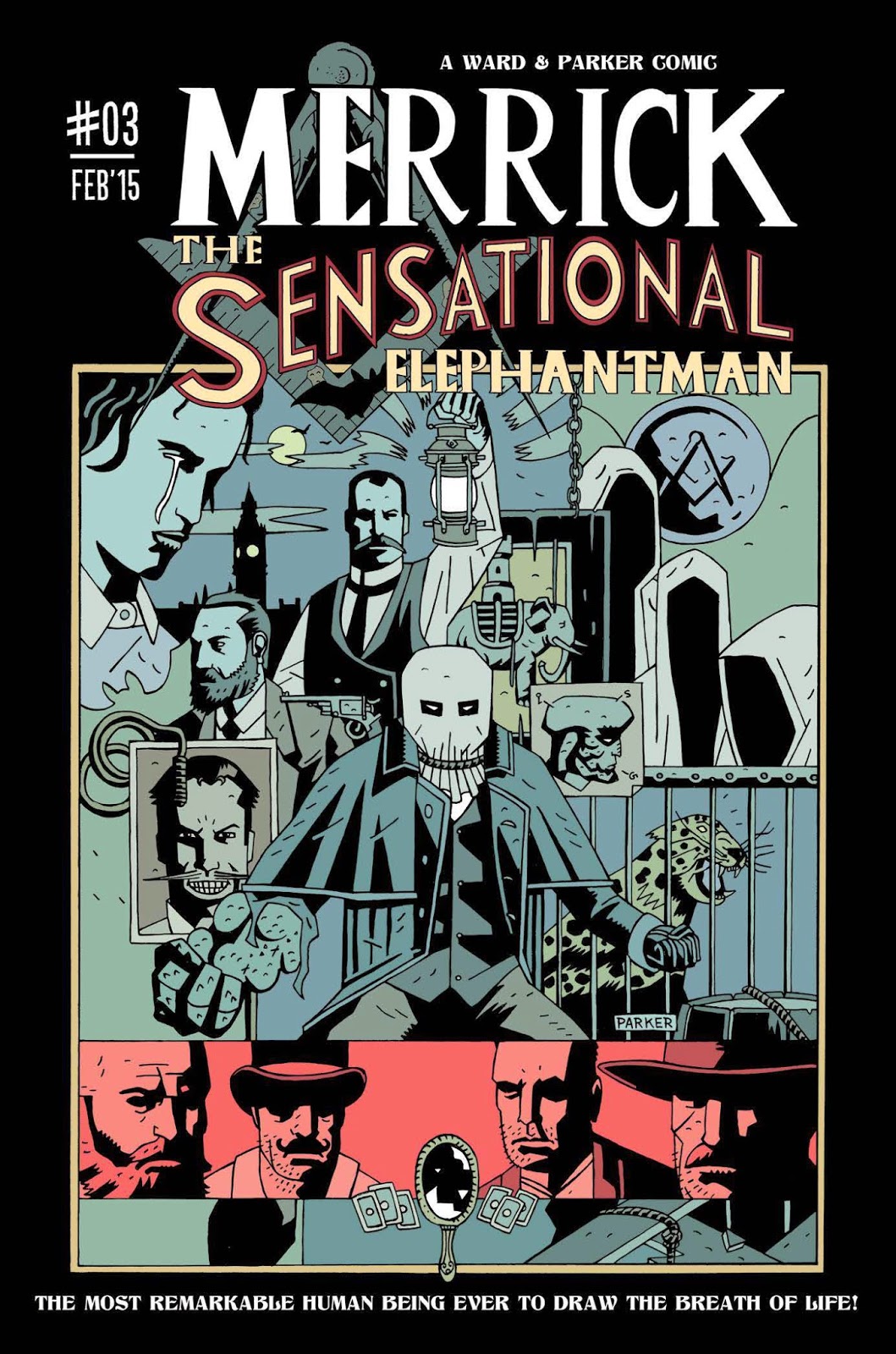 While recovering at the hospital, Merrick is visited by a writer and given the where abouts to the infamous Ferrari but what will he do with the information?


After two absolutely brilliant issues of Merrick: The Sensational Elephantman, I was wondering how they would even come close to matching the quality of the stories.

With this, the third issue, opens with all hell breaking loose at the hospital.  That's when Merrick meets a writer and his life takes an unexpected turn.  The story really runs with the idea of Merrick finding out the location of Ferrari and just what he will do now that he has found out.  This is when the story takes an almost Mignola style slant to the story and really ramps up the tension.  A lot of that is down to the pacing of the scenes, which considering that there are quite a few scenes where there is next to no dialogue, that is a very tough thing to do but it's done with skill and style here.

We also get to see some of the 'behind the scenes' stuff that involves Treves as well.  There were quite a few moments where I was practically willing Merrick to discover just who he shouldn't be trusting or listening to but there is an air of mystery to the story and that leaves the reader wanting more.

The moody, almost gothic feel to the story brings the setting alive as if it's a character all of it's own.  With the story and art combining so well, the multiple layers to the tale as well as  the ongoing conspiracy running throughout add up to a poetic and sometimes beautiful yet brutal story.

The art is handled by Luke Parker again and he has drawn this story in such a way that you couldn't imagine anyone else drawing these characters.  His assured style has many influences but his sometimes stark and shadowing style is really one of the main selling points of this title and so it should be.  Here, his art seems to have improved even more since the first two installments and has  really come in to a life of it's own.  In fact, the scenes here do a great job of telling the story, even on the pages where there is no dialogue.

With the ending that we have in this issue, I can't wait to catch what is going to happen next with these characters.  Parker and Ward are a fantastically creative team and seem to be growing in confidence with each passing installment.

There is one question however.  If you're not reading this series then I ask you one thing.  Why not?