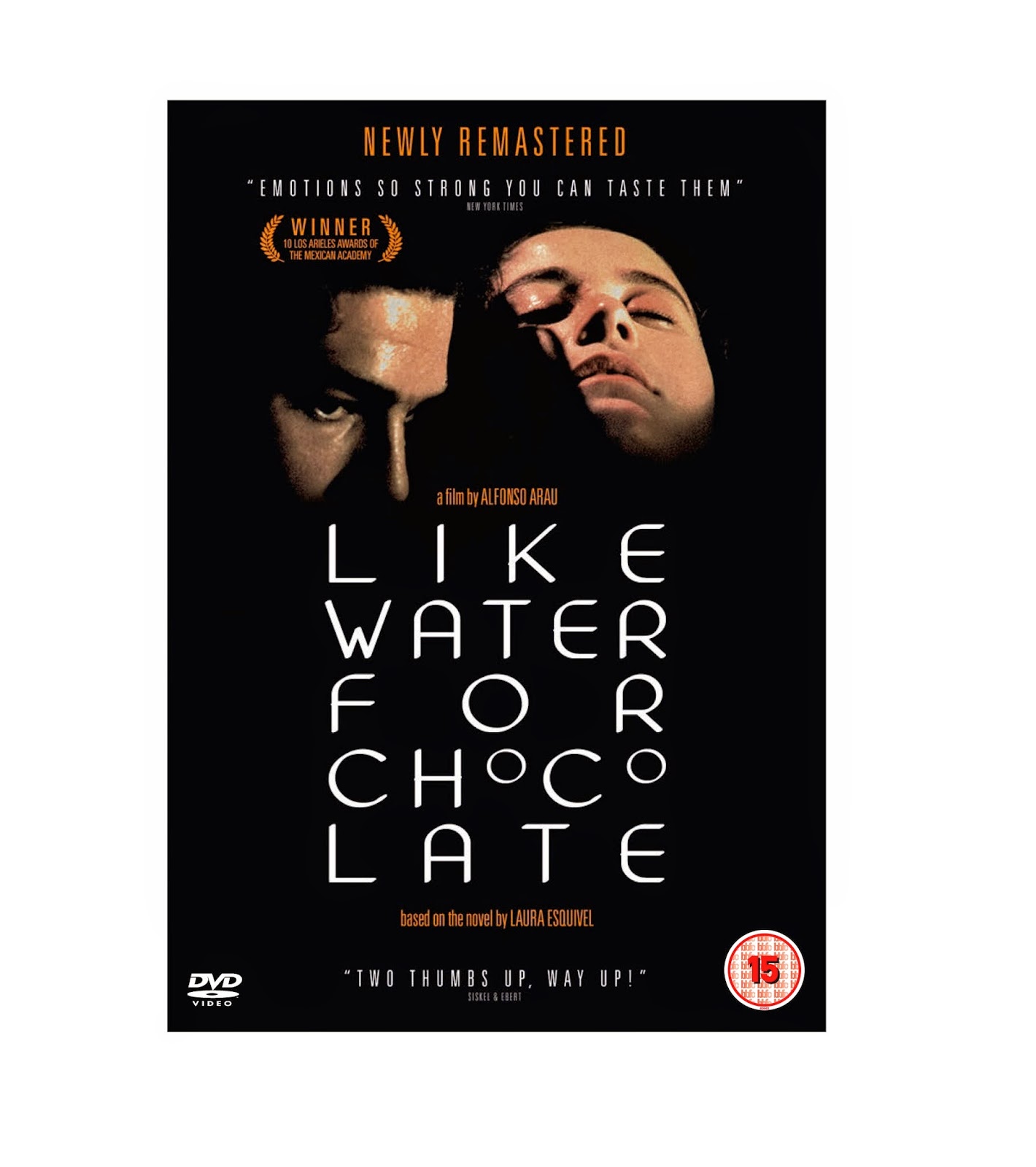 
Arrow Films is thrilled to be bringing back Like Water for Chocolate to Blu-ray and DVD in a newly restored edition, available to own from 3rd March 2015. This luxuriant adaptation of Laura Esquivel’s much-loved novel (directed by her then husband Alfonso Arau) broke box-office records for a Spanish-language film.

In a Mexican border town in 1910, neighbours Pedro and Tita wish to marry, but Tita’s mother Elena refuses to give her consent, since she wants her youngest daughter to stay living with her as a full-time carer. So Pedro marries Tita’s sister Rosario instead – and Tita pours her innermost feelings into her cooking, triggering similar responses in anyone who samples it, whether lovelorn grief or overwhelming passion.

But Tita’s concoctions are just one of many magical-realist touches in this sensuous and intoxicating film, which offsets the real-life historical background of the Mexican Revolution with tales of ghosts, mysterious lights and an ancient legend that claims that human beings are essentially matches, combustible at any moment when given the right trigger.


Like Water For Chocolate is one of those movies that has a massive reputation behind it which can lead to viewers putting off watching it through fear it not coming anywhere near to the quality that they envision it having.

Well, after watching this re-release from those brilliant folks over at Arrow Films, I can say without a shadow of a doubt that this movie not only deserves its strong reputation but is even better than I imagined it would be.

After seeing that this was one of the highest grossing Spanish speaking movies of its time, there would always be a reason why this movie was and still is so popular.  The simple fact of the matter is that it's so popular because it really is a very good movie.

The thing that strikes me the most while watching this is the simple and subtle performances from the cast.  They really give the movie it's emotional depth and the multiple layers that are so apparent when you watch them come alive on the screen.

For me, the movie comes alive to such a degree because it feels like a celebration of many things.  Life, the Mexican culture, love and much more.  The ethnic melting pot known as Mexico really does have a sense of pride and love at the center of it all and the movie really does recreate that beautifully while still being a movie about love, affection and acceptance.

With most Arrow Films releases, the transfer here is superbly done.  The picture and sound are crystal clear to such a degree that it almost felt like watching the movie on the day it was released, not 23 years later.

Another thing that I liked about the movie is the simple fact that it doesn't feel like an older movie.  The themes that are explored here are pretty much universal and their execution here is so well done, thanks to the writing and the direction, absolutely had me gripped through the entire movie.

If you want a beautiful, satisfying movie that will truly warm the soul with memorable performances then this is the movie for you.

Posted by Pat Scattergood at 10:28