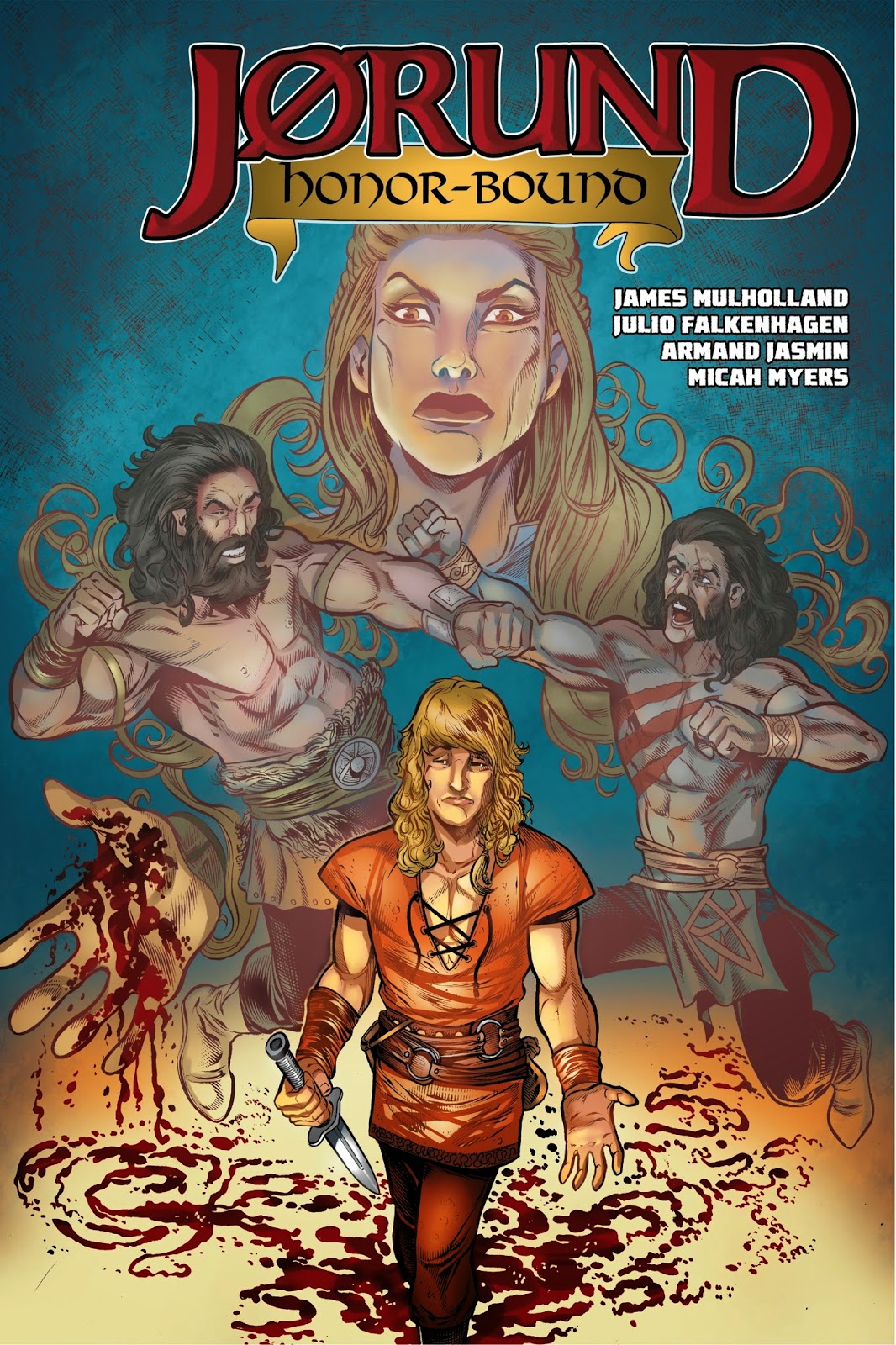 
JORUND: HONOR BOUND follows a young norseman named JORUND who is tasked by his vile mother to regain their family’s honor by killing the viking that murdered his father.


After reading the zombie tale The Disease by James Mulholland, I was eager to take a look at his new offering.  Jorund: Honor Bound is a tale that wouldn't be more different to that tale.  Instead of a horror story, this one tells the tale of a young man that is told by his manipulative mother to kill a fellow viking after his father is killed during a fight.

With a story set in a period of history that I have always found really interesting, Jorund: Honor Bound definitely felt right up my street as the saying goes and I wasn't disappointed.  Mulholland has a skill for making even the smallest of details seem like the most important part of the story and that's no different here.

Through out the story, there are quite a few stories that all run alongside one another that all tie up brilliantly to create a shocking twist at the end.  I loved how each character had their own motivations and personalities so that each action had a reasoning behind it.  Because of that, you find yourself utterly enveloped in the story and savoring each and every panel on the page.

The only thing that I didn't like is that some of the lettering seemed to be a little out of place with the art that was on the page.  You'd have something gritty and visceral happening on the page and yet the lettering appeared to play it safe a couple of times whereas I would have personally have wanted it to be a little more jagged and frantic.

This is definitely a title well worth picking up.  It's an interesting take on a period of history that has given us some great characters in comic book form and this one is no different.  If you want a story that has well rounded characters, twists and turns then this is a graphic novel for you.