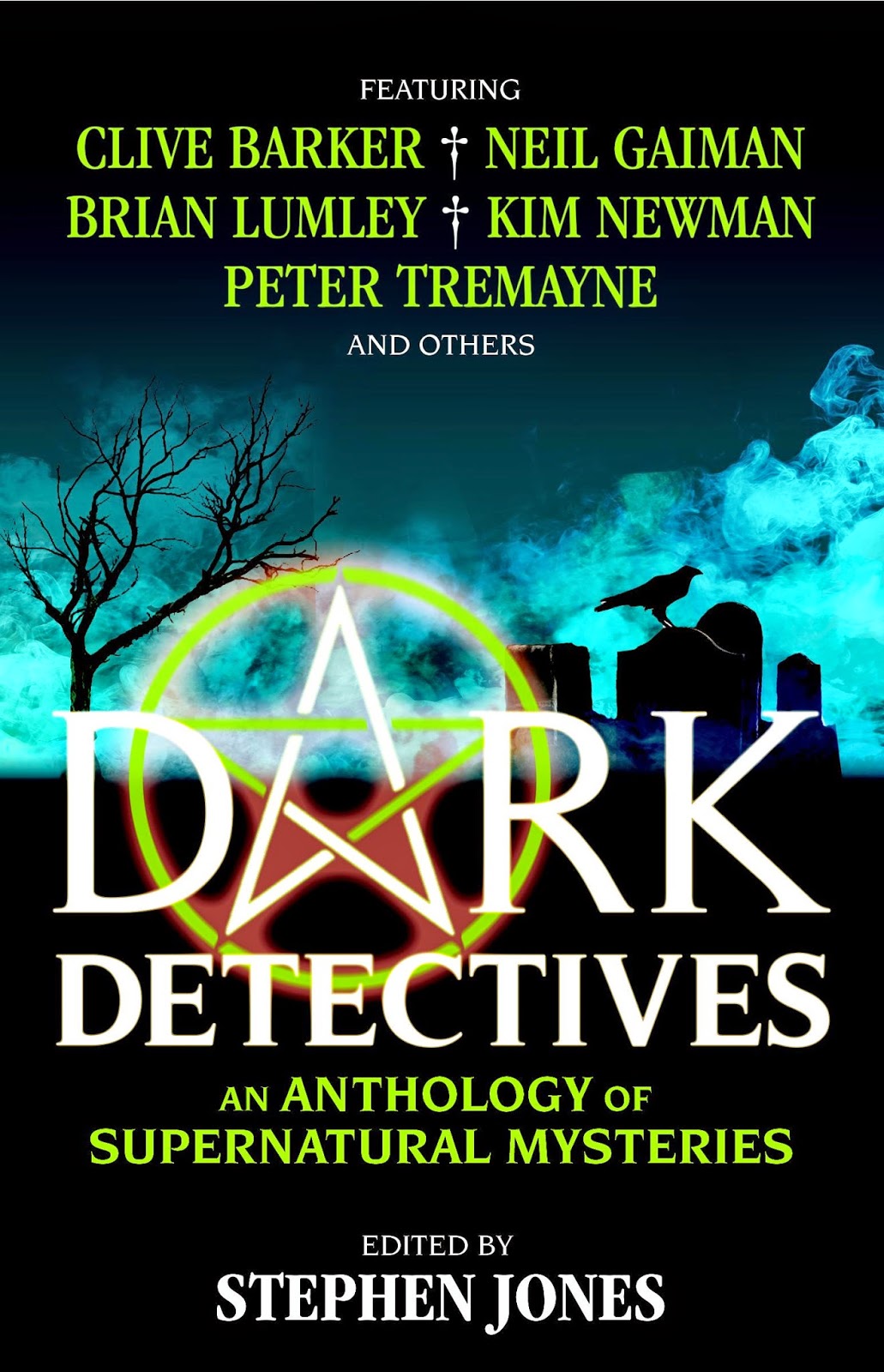 
Eighteen stories of supernatural detective fiction, featuring sleuths who investigate fantastic and horrific cases, protecting the world from the forces of darkness.


Titan Books has long had a great reputation for releasing some really interesting and varied anthologies in their time and rightfully so.  There have been some absolutely brilliant ones from their publishing house, especially their Sherlock Holmes collections, that have really shown the sheer depth of talent out there.

With this Dark Detectives collection that reputation will surely grow because what we have here is a well thought out, well paced and incredibly varied collection of stories that all have a supernatural and spooky twist.

When you look at the listing for the authors involved, you will notice some very big names as well as some names that you may not be all that familiar with.  You have some real heavy hitters like Neil Gaiman, Clive Barker and Kim Newman alongside some that you may not know that well and that's part of the beauty of the Titan Books anthologies.

Story wise, there are some truly brilliant stories here.  Some of them really managed to get under my skin and I have to admit, The quality seemed pretty high for the entire collection, which is quite a hard feat for an anthology.  My personal favourite out of all the stories here has to be the story by Neil Gaiman called Bay Wolf.  The subtle and spooky feel of the story really made it stand out from the crowd for me and really cemented just why Gaiman is one of the best authors out there today.

Another thing I liked was that we have some recent detective stories rubbing shoulders against ones from a time that some people may call the classic era of detective stories yet they do so in such a fashion that the flow is beautifully done and not once does the collection feel disjointed or a mess.

Stephen Jones, who also has a story here, has done a sublime editing job and created a collection that deserves to have a place on any book lovers shelf, not just a detective novel lovers.