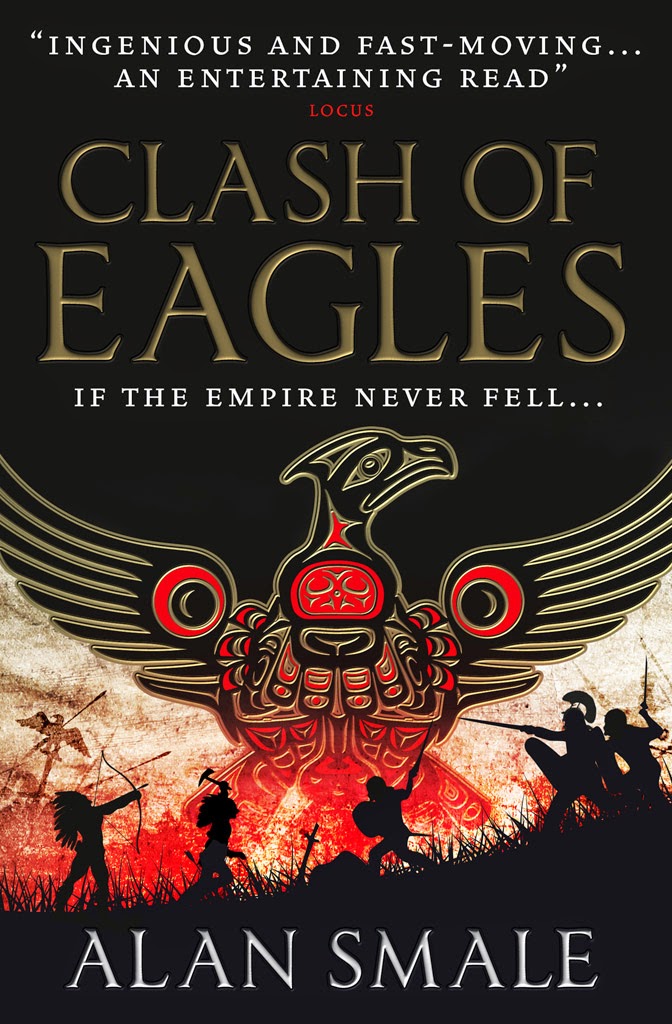 
It’s The Last of the Mohicans meets HBO’s Rome in this exciting and inventive debut novel from Sidewise Award-winner Alan Smale that will thrill fans of alternate history, historical fiction, and military fiction.

In a world where the Roman Empire never fell, a legion under the command of general Gaius Marcellinus invades the newly-discovered North American continent. But Marcellinus and his troops have woefully underestimated the fighting prowess of the Native American inhabitants. When Gaius is caught behind enemy lines and spared, he must reevaluate his allegiances and find a new place in this strange land.


I've always had a bit of a soft spot for books that try to head off down the alternate history road because there is an almost infinite amount of stories that can be told.

Here Smale takes a stab at how different the world would have been had the Romans been truly unstoppable and started to conquer a lot more countries that they ended up doing in real life.  The great thing about this story is that you really can tell that Smale has done his research because the descriptions of the armies, battles and even their daily life comes across as completely authentic.

Another plus for the novel is the simple fact that Smale makes this story seem like it truly could have happened and that really brings you deep in to the world that he has created and moulded so that the action jumps off of the page.  A lot of that comes from the pacing and the flow where you can't just pick up the book, read a couple of pages and then put it down.  Instead you find yourself having lost a large chunk of time because you have gotten so involved in the story of the characters here.

Talking of characters, the one thing that did bother me a little bit is that there were a few scenes here and there where some of the characters pretty much merged together and that's a real shame because for most of the book, the characters do feel alive.  The character of Gaius suffered from this a little bit, especially in the romance story in this one.  While it's clear that he's enthralled by one of the Cahokia women, it just seemed to come out of nowhere and be for very little reasoning other than she was a strong woman.  There didn't really seem to be much in the way of emotion there and that's a real shame.

All in all, this is a well thought out and well paced look at just what the Roman army really could have won for themselves and how the conquered countries would have reacted.  I found it interesting and Smale's flair for details really made this one pop off the page.  It's just a little disappointing that there were a couple of disjointed moments there for the characters.