To The Devil A Daughter Review 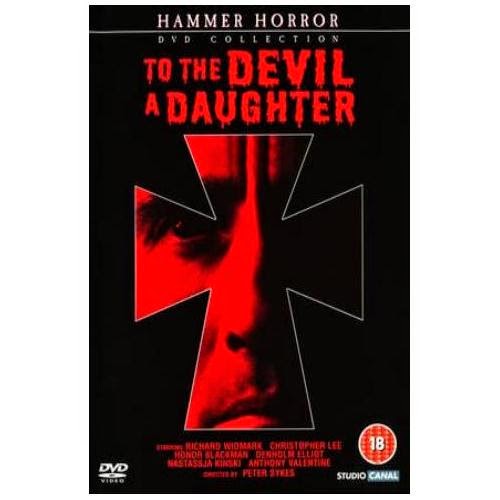 Based on the Book By
Dennis Wheatley


A heretic priest (the legendary Christopher Lee in one of his finest Hammer performances) plots to use a teenage nun (Nastassja Kinski) in a depraved pact with the forces of darkness.

But when an American occult novelist uncovers the conspiracy, he must battle an international cabal of evil for the body and soul of the Devil's child-bride.
Can this black magic marriage be stopped before an innocent girl is defiled as the womb of Satan?
Review
I've always been a fan of the classic Hammer Horror movies so when I found this one for next to nothing I'd give it a shot.

'To The Devil A Daughter' is the second novel by Dennis Wheatley to be adapted in to a Hammer Horror movie and tells the story of a young nun under the powers of a heretic priest played by Christopher Lee.

In all honesty I was expecting a much better movie than the one I got but that's not to say that it's a waste of time because it isn't.

While it's not up to the high standards set by the other Hammer movies that I have seen, there are still some moments of brilliance. Christopher Lee is definitely the standout here, playing his part with sheer menace and a certain evil glee. Richard Widmark also plays his part brilliantly and bounces off Lee's performance in a subtle way while still displaying a quiet anger at what is happening to the young lady.

The story itself isn't exactly original and even now gives off a feeling that you have seen it all before. There are some shocking moments that are really effective thanks to the direction by Peter Sykes but they do come a little too late in the movie to create anything long lasting.

'To The Devil A Daughter' isn't the worst movie in the world and for the most part is worth watching thanks to the performances by Christopher Lee and Richard Widmark but I really wouldn't go out of my way to find it.

Posted by Pat Scattergood at 13:48