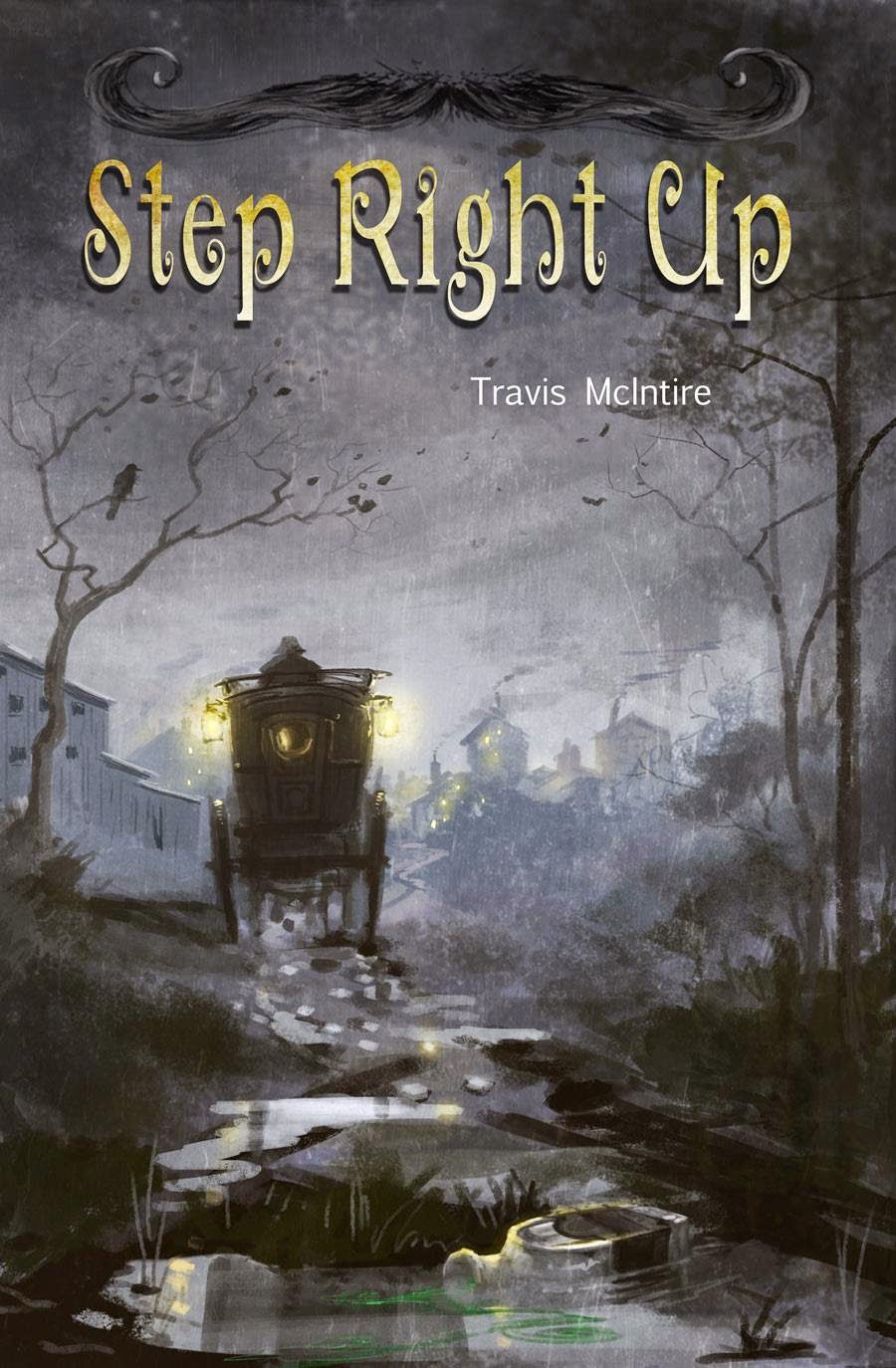 
Three con artists traveling from town to town in the late 1800s get caught up in some mob justice when their patented beard embiggening formula fails to deliver!

New comic short from Michigan-based creator, Travis McIntire.  Step Right Up is a standalone preview for an upcoming comic anthology based on work inspired by the music of Tom Waits!


Knowing McIntire from his work with the Snake Oil Comics podcast crew, I was quite eager to see what kind of style his writing would take the shape of.  When I found out a new short of his was available on the Drive Thru Comics site, I jumped at the change to grab a copy of it.

With the synopsis sounding rather interesting, I sat down to read this and was struck by the quite sarcastic comedy that ran throughout the story itself.

The one thing that struck me the most about this short story was the fact that McIntire manages to pack a lot of humor in to this release in very few pages.  The patter of the sales man feels like it would be right at home from a movie such as the Tim Burton version of Sweeney Todd or a movie like that.  I loved the idea of the salesman being so smooth with his patter that he could turn almost any situation around with the minimal amount of effort.

With the writing so effectively paced and packed with humor, the art was going to have a very big task ahead to match but they bright, colorful work here really does it's job really well.  Not only does it catch the eye but the bright colors add to the comical side of the story.

My favorite part of the short has definitely got to be the stunning cover by Sean Seal.  It has an almost ghostly yet classic style to it and really makes you wonder what the kind of story is going to be inside.

For a short story, I was very impressed.  Talking from experience, it's hard to write a shorter story that will grip in the reader enough for them to want to read the whole thing but Step Right Up manages that in style.  Definitely one that is well worth picking up.

To purchase this one then pop over to their Drive Thru Comics page here!
Posted by Pat Scattergood at 13:46