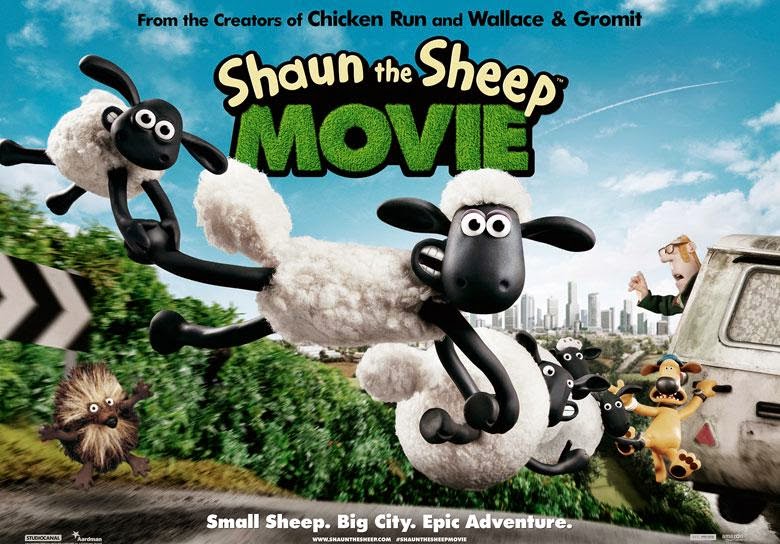 
When Shaun decides to take the day off and have some fun, he gets a little more action than he bargained for. A mix up with the Farmer, a caravan and a very steep hill lead them all to the Big City and it's up to Shaun and the flock to return everyone safely to the green grass of home.


I have to admit that I have never been all that much of a fan of the Shaun the Sheep television episodes on the television but just recently my son has become obsessed with them so I figured I would take him to see the movie.  I sat down in the cinema expecting to be quite bored and pleased when it was over because in my mind, I wasn't sure how this group of characters would hold up in their own movie.

Well, after seeing the movie with my five year old son, who wanted to go back in and watch it again, I have to admit that the movie itself was not at all what I was expecting.

With this coming from the same people that gave us the brilliant Chicken Run movie as well as the legendary Wallace and Gromit stories, I should have known that this would at the very least be a good watch.  However, the thing that got me the most was just how involved you would get in the story considering there's no dialogue expect for some grunts, laughs and animal sound effects.

The lack of dialogue didn't hurt this movie in the slightest.  Instead, the film makers concentrated on the facial expressions of the characters and it worked a charm.  You actually find yourself hooked in to it and willing them on.

Animation wise, this movie really does look absolutely gorgeous.  With such clear scenes, I couldn't decide whether the movie was CGI or stop motion even after the end credits but it doesn't matter.  The work here is so gorgeous that you can't take your eyes off of it.  My favourite scene by far is the one that involves the sheep being in disguise, a part that had me chuckling as well as my son in fits of laughter.

Story wise, it's well paced and quite emotional in parts.  The fact that they were able to deal with the idea of loneliness and being homesick yet doing so in a sweet way without it being over the top shows the level of quality that Aardman put out when they make their movies.  The humour, which had my son hysterically laughing the most times I've ever seen him laugh at a movie, will not only give the kids a big amount of enjoyment but there are also quite a few moments thrown in for the adults as well.  Keep an eye out for a very funny Cape Fear reference too!

All in all, I went in to this one with quite low expectations but I was massively wrong.  Not only did my son enjoy it but there is also enough him to ensure that the parents that were dragged along for the ride aren't bored either.