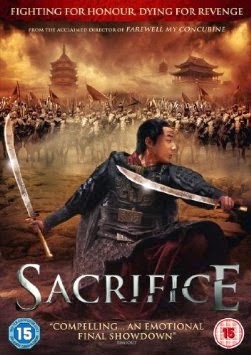 
To save the only child of the Zhao Family, whose entire clan was massacred at the hands of a nefarious minister, a doctor sacrifices his own son; after the Zhao child grows up, the doctor becomes intent on seeking his vengeance.


I've always been a fan of movies with historical settings and of world cinema in general and this one fits both of those descriptions perfectly.

Kaige Chen is a wonderful director with an eye for detail and beauty in unlikely places. That's no difference here, although that's one of the movies faults at times as well. However for the most part, this is a very good movie.

Let's get the negatives out of the way first however. One of the things that did bug me was the simple fact that the whole 'fade to black' thing was mega over used here to the point where it did get quite annoying in places. Another thing that bugged me was the simple fact that the editing made some of the story really inconsistent and even made a couple of scenes seem a bit redundant.

On the plus side of things Chen has made an absolutely beautiful movie. The directors eye for detail really helped on this part of the movie and really made the movie an amazing thing to watch. I hate to use the term 'eye candy' because this movie is much more than that.

The cast are great in this movie. In fact, I'd even go so far as to say that they are absolutely spot on casting wise and really make all of the characters stand out. My favourite by far of the cast was Bingbing Fan as Princess Zhuang due to the simple fact that while she gave the princess such a beautiful portrayal, she also made the character incredibly multi-layered and have a real regal air to her. That's not to say that the rest of the cast are slouches either, they are all really good, it's just that her portrayal really stood out for me.

All in all, I would most definitely recommend this to any one who is a fan of world cinema and of historical drama in general. The story is beautifully told, albeit with a couple of flaws here and there, and with a great cast as well as being very beautiful.

Posted by Pat Scattergood at 11:21