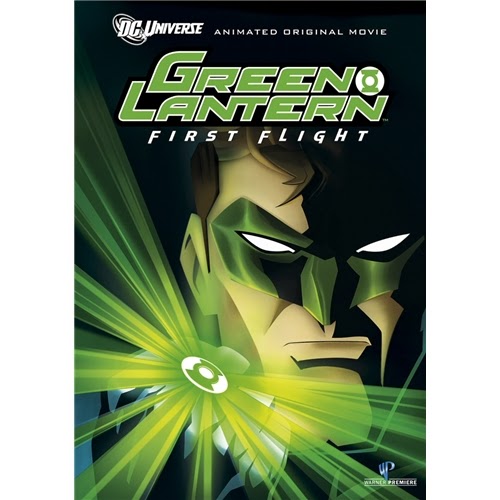 When pilot Hal Jordan accepts a mysterious, powerful ring from a dying alien creature, it transforms him into a Green Lantern, one of an elite force of heroes who patrol the universe to ensure peace and justice under the leadership of the Guardians of the Universe. Unsure of their newest recruit, the Guardians assign Hal to their most-honoured Green Lantern Sinestro for training, unaware that Sinestro wants to overthrow the Guardians and create a new order he'll control. It's a battle of might and willpower as Hal must prove his worth by defeating Sinestro to save the Green Lantern Corps.


After the massively hit and miss execution of the live action Green Lantern movie starring Ryan Reynolds, I was massively looking forward to seeing if they could give the character an origin story that could do him justice.

The DC comics universe has always been brilliantly represented in their animated movies and a lot of them have been better than their live action movies.

With Green Lantern: First Flight, we get the origin story story that the character deserves.  It tells us the basics of how the character gains the ring, how he gets used to the powers that the ring gives him and even some of his training under the character of Sinestro, voiced by Victor Garber.  I felt these scenes did a much better job of showing the creation of the character than the live action movie.

That said, something seemed to be missing from the story.  The action was crisp and well thought out, the cast is stellar and the animation is absolutely gorgeous yet for some reason the movie just didn't grip me in as much as I was hoping that it would.  Personally I think that it felt a little flat because while it was detailed in places, there seemed to be some pretty major points that seemed glossed over such as the death of Hal's father.

With the story of dealing with Sinestro when he had gone rogue and also the Kanjar Ro storyline taking up the most of the movie, I suppose some things really did need to be cut out but some of the missing things just seemed a little strange to not have had included.

Like I said earlier, the cast is full of some absolutely fantastic voice work.  You have Tricia Helfer, most famous for her role in the remade Battlestar Galactica, Michael Madsen and even Christopher Meloni from Law and Order really bringing their characters to life and that really does make this a much better movie than it could have been.

While I've come away from the movie a little disappointed, it's still a massive improvement on some of the other Green Lantern movies that we have had.  Be warned however that there are some quite grisly deaths involving severed heads and characters being impaled so many best to not let the really little ones watch it.

Posted by Pat Scattergood at 11:46