Girl Genius: Agatha H and the Voice of the Castle Review 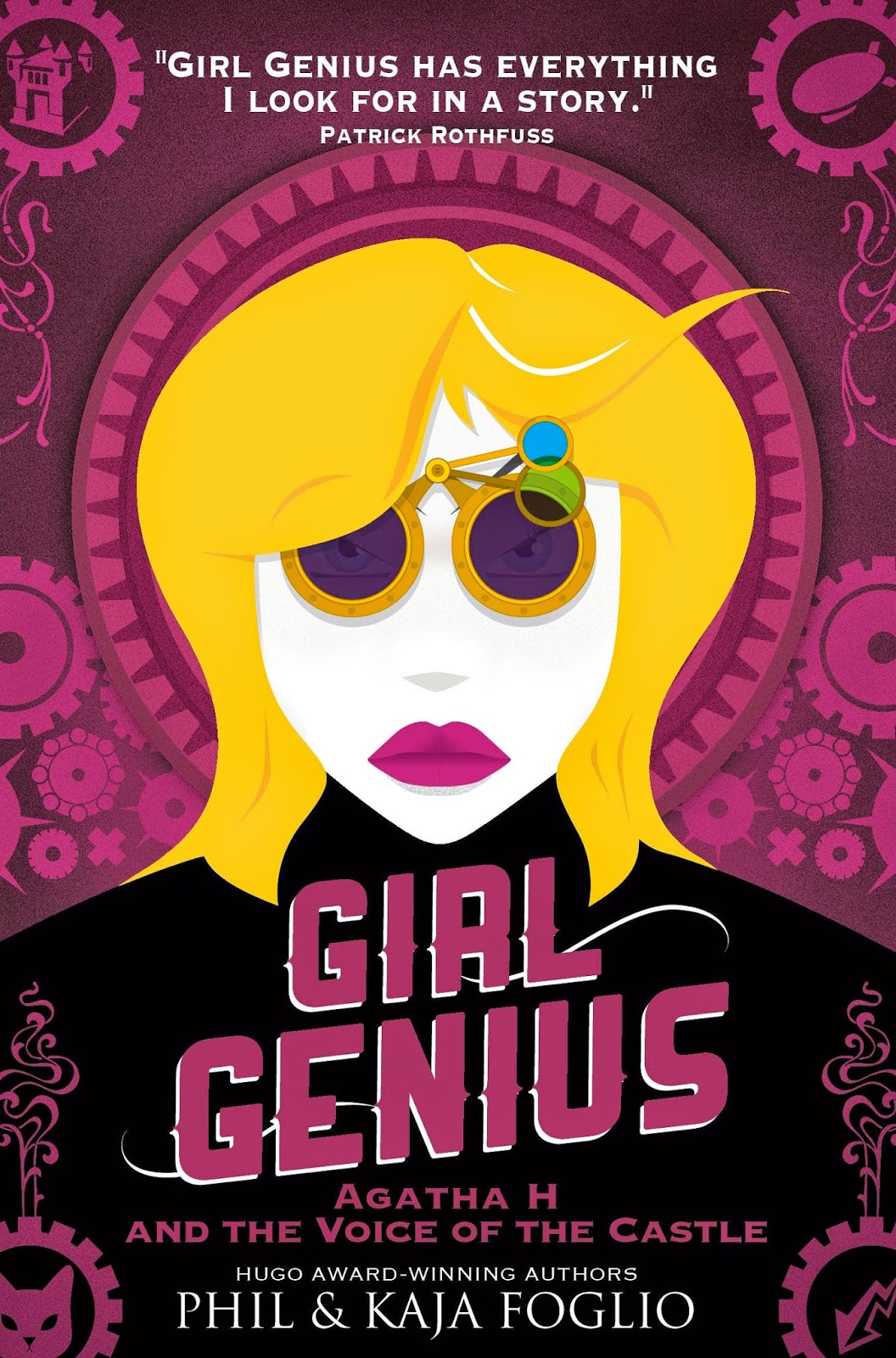 
In the third installment of the Girl Genius novels, Agatha H. and the Voice of the Castle begins as Agatha Heterodyne returns to her ancestral home, the warped little town of Mechanicsburg. There she must claim her inheritance by convincing the artificial intelligence that animates her family’s castle that she is, in fact, the new Heterodyne. But this apparently simple task is made complicated in several ways: An imposter claiming to be the legitimate heir appears. The Empire is convinced that Agatha is the person responsible for the Long War (and to be fair, they are not entirely incorrect). And, worst of all, the Castle itself is insane.


With this being based on a series of comics, one thing bugged me before I started to read this.  Would I be able to follow the action if I hadn't read any of them?

The writing here is absolutely brilliantly paced and does a great job of creating a narrative that will hook you in to the story and the world that they have created regardless of whether or not you are a fan of the series.  I have to admit that there were a couple of moments where I was a little bit puzzled but the writing does a good job of explaining the moments that feel important without feeling the need to batter the reader over the head.

Regular readers of the series will be pleased to know that a lot of characters return for this one as well as some new ones popping up.  Some of the new characters work so well that they feel like they have always been in the stories and there were a couple of others that I have had my fill of already.  That doesn't really affect the story all that much but there were a couple of moments where it was a minor distraction.  The best character of the book, other than the obvious choice of Agatha, is a certain self aware building that provided a lot of the best moments in the book.

The one thing that did disappoint me the most was the fact that for the final 100 pages or so, it kind of felt like the story was a little bit stuck.  In fact, I would almost go so far as to say that the spins were spinning but the engine wasn't firing.  That is a bit of shame because the rest of the book is near perfect in the pacing and the story itself.  I was hooked in and couldn't wait to see just what was going to happen next to the characters.  There were even moments where the story jumped from being very funny to keeping me on the edge of my seat without it feeling in the slightest bit disjointed.

Agatha H and the Voice of the Castle is a superb book with science fiction, steam punk and fantasy elements alongside some very funny moments.  Definitely one worth picking up.