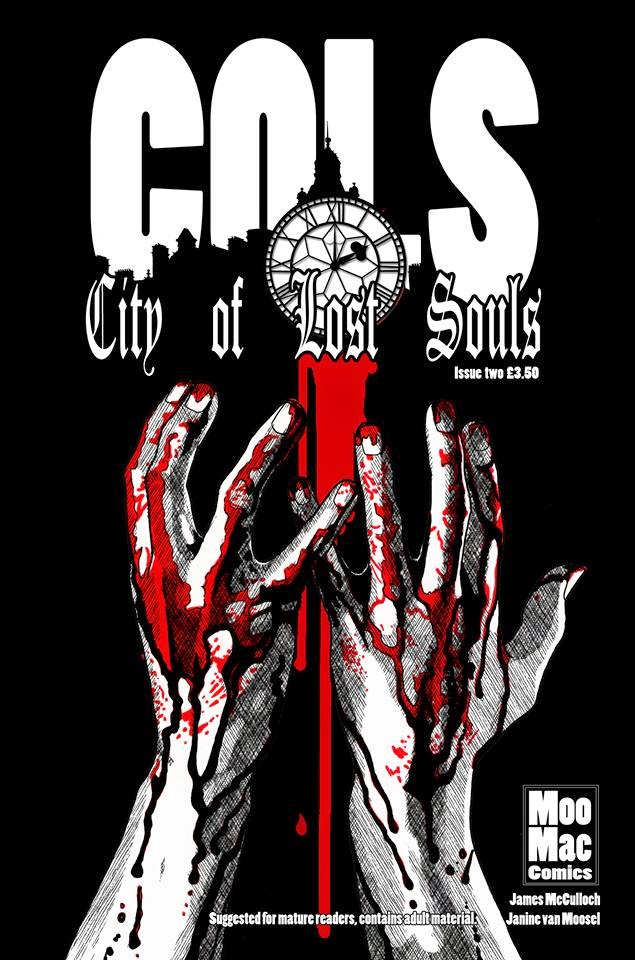 
After killing himself, the serial killer Matt Jordan is soon thrown in to a world that makes him realize that he isn't going to get off that easily, especially after killing 12 people.

When he is joined by an afterlife guide name Ki, Matt learns of the mammoth task that has been put in front of him but it won't be easy.

With various creatures, spirits and more after him, is Matt biting off more than he can chew?


After a superb debut issue, City of Lost Souls returns with the second installment of the dark, supernatural story but would it match up to the quality of the first issue?

Van Moosel and McCulloch answer that question with a skill and style that makes it feel like this is a long running series and not just the second issue.  That's one of the main strengths of the series in fact, the writing is so assured that you can't help but get sucked in to the world that this pair have created for their characters to inhabit.

The first issue reminded me a little bit of the movie Seven starring Brad Pitt, yet it did so with a rather unique voice thanks to the pacing and the layers of the writing by McCulloch.  His writing definitely suits the dark and sometimes messed up nature of the story.  To have a brutal serial killer as the main character in a comic and then for us to try to root for him is a risky move yet McCulloch manages it without softening the character in the slightest.  Even when Jordan is shown the task that he has to undertake, he still comes across as brutal and evil like he did at the beginning at issue 1.

With such a dark yet detailed art style that made the story jump off the page for issue one, Van Moosel had a mammoth task ahead of her to match the quality of the first issue.  Not only does she match it, she improves with massive strides and creates a darkly realistic world.  It almost felt like watching a gruesome black and white movie.  The characters really draw you in to their world and with Van Moosel's art giving them such life like expressions that there is a really effective emotional core to the story.  That really gives the second issue another level of quality that really will hook you in, especially with the brutal ending.

All in all, this is a fantastic issue and not only improves on issue one but makes the wait for the third issue almost unbearable.  Bring on issue 3!