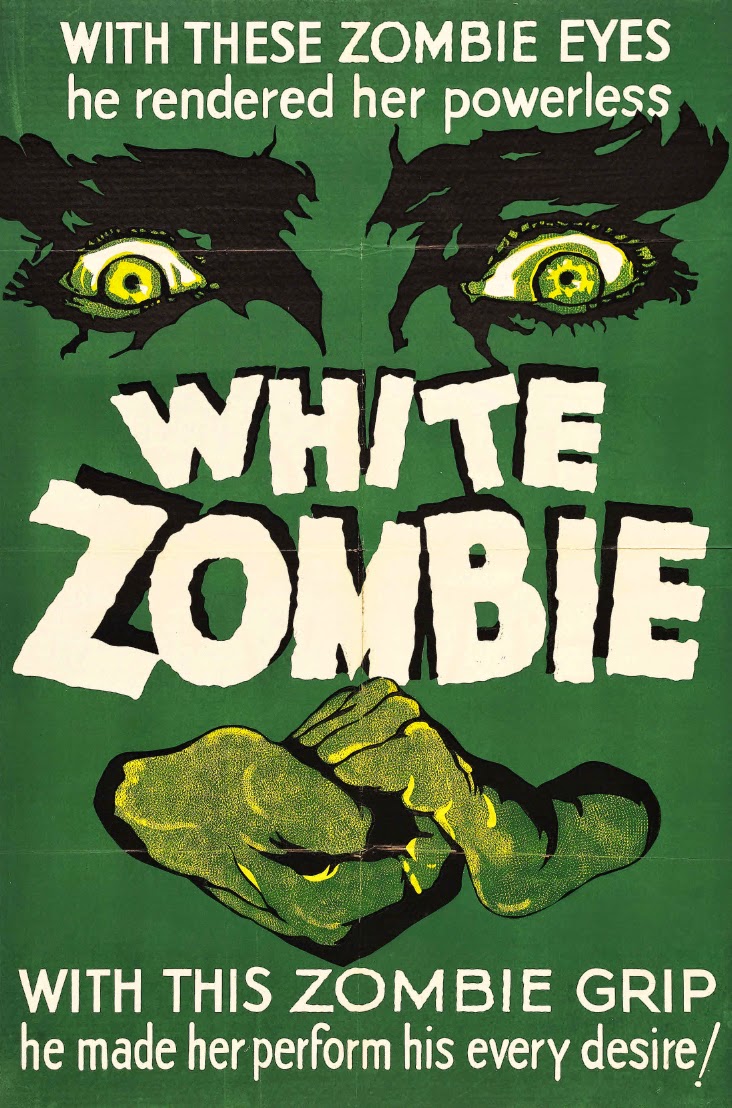 Based On 'The Magic Island' By
William B. Seabrook (Uncredited)


While traveling to New York, the young couple Madeleine Short Parker (Madge Bellamy) and her fiancé Neil Parker (John Harron) are convinced by their new acquaintance Charles Beaumont (Robert Frazer) to stay in Port Prince and get married in his mansion. However, Beaumont felt in love for Madeleine and his real intention is to convince her to call off the wedding.

When he realizes that the time is too short to seduce her, he visits the local witch Legendre (Bela Lugosi) , who gives him a drug to transform Madeleine into a zombie. She dies immediately after the wedding, and her corpse is disputed by Beaumont and his sick love for her; Legendre, that wants her for his team of zombies; and Neil, who is convinced by the local missionary Dr. Bruner (Joseph Cawthorn) that she might be alive. In the end, true love wins.


One of the most interesting things that I have found about this movie is the simple fact that even amongst Lugosi fans, it doesn't seem to get a whole lot of credit.  That's a real shame really because it was one of my personal favourites when growing up.  Not really sure what that says about my time as a child but there we go.  The movie itself was thought of as lost until the 1960's and even then there was a series of court cases to try to get it released again.

Yet here we are over 80 years later but does this movie still hit the right notes for horror fans out there?

Modern horror fans will notice that the pacing and the general feel of the movie itself is much different to the movies that are released now and to me, that's a good thing.  The gothic feeling of dread that runs through the entire movie works to such a degree that you find yourself unable to take your eyes from the screen.

One of the things that I like the most about the movie is the simple fact that it takes a subtle and almost slow approach to the zombie genre.  Another thing that really hooked me in was the fact that the zombies in the movie aren't the stereotypical 'must eat brains' type that we have become so used to in relatively recent years.  Instead they are mindless shells of humanity that  are merely being used for various means.

It's the same with the cast.  It is true that movies from this period in cinema can sometimes descend in to melodrama, which it does do here in a couple of places, but White Zombie is the sort of movie that uses that to it's advantage.  That's most true with Lugosi himself who gives a beguiling performance as 'Murder' Legrende.  He absolutely owns each scene he is in and completely makes the movie his own in a big way.

I think that this relatively forgotten movie really does deserve to be seen as a horror classic.  There are so many scenes that will stay with you long after the end credits have rolled.  The burial at the beginning of the movie, the zombies working the sugar mills and more.  Isn't that what you want from a horror movie?  If it is, then definitely check this one out.  Considering you can get it for next to nothing, there's really no reason to not check out this unsung classic of the 30's horror world.

Posted by Pat Scattergood at 11:40