Doctor Who: New Adventures With the Tenth Doctor - Issue 6 Review 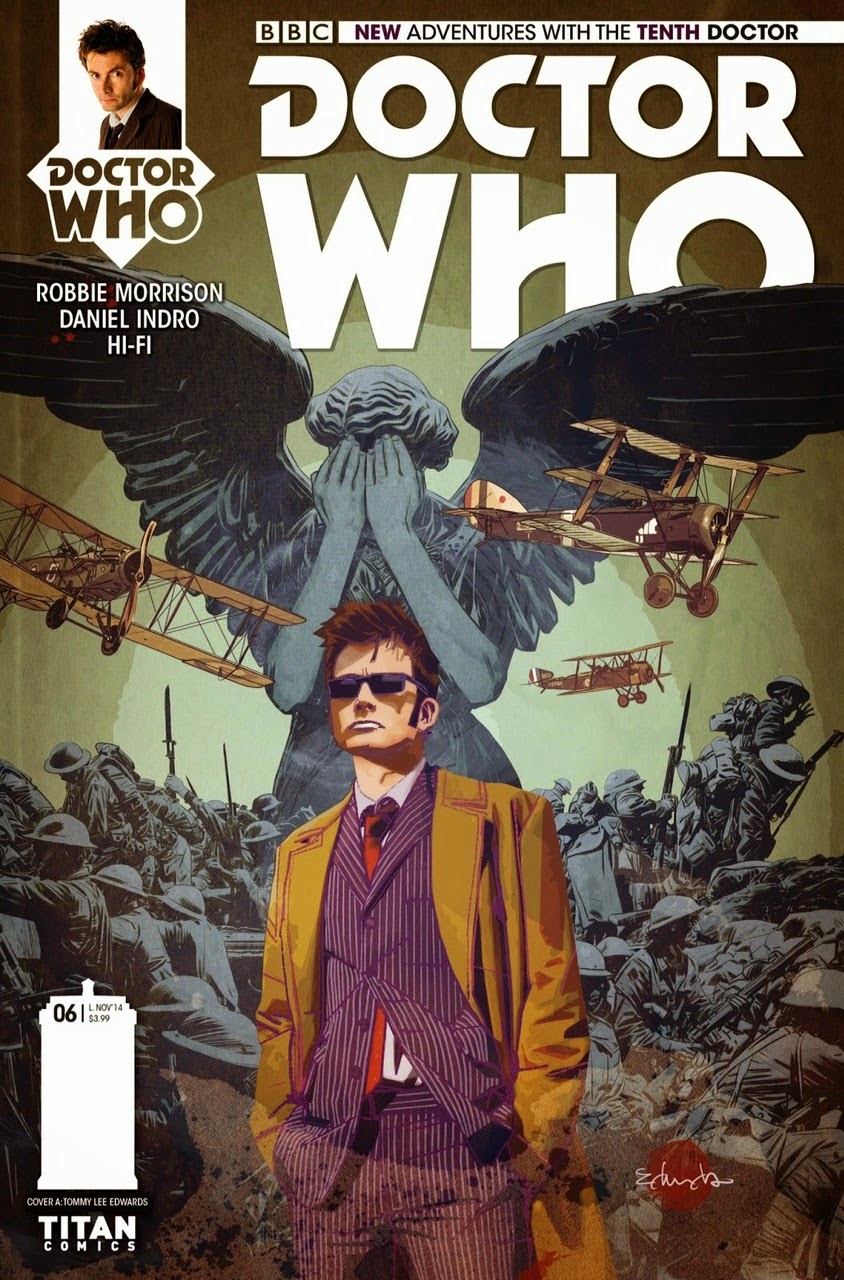 
The Doctor offered Gabby a one-off time-traveling trip on board the TARDIS.  They arrived at an art gallery in a distant galaxy where Gabby was thrown straight in to the heart of adventure, with no shortage of the life-threatening danger that seems to follow the Doctor no matter where (or when) he is.

Gabby proved herself to be a bright and brave companion.  Having realized she deserves the opportunity, the Doctor has invited her to join him in exploring the universe.  Now they're off to the past for a haunting hands-on history lesson...


As a big fan of the Doctor Who television series, both the classic and the newer versions, I was very excited when Titan Comics announced that they would be revealing sets of new series featuring the Tennant, Smith and Capaldi versions of the long running character.  So far the three series have been really good but the problem for me was that the Tennant stories were good yet something felt missing.

Here in issue six of his series, the Tennant version of The Doctor, travels back to World War 1 where nothing is as it seems.  The thing that struck me the most about this story was the simple fact that the story and the art have taken a rather dark turn and that really impressed me.  It harked back to the episodes that Tennant took part in where one week it would be a fun or exciting story but then another would be a dark and inspective story.

With this story, we are given another glimpse at a popular enemy from the revamped series.  The idea to put them in to the First World War was an inspired one.  There used to be a legend of angel like beings taking soldiers from the battlefield and that idea is put to extremely good use here.

The well paced story by Robbie Morrison is well paced and has a fantastic sense of dread running through it.  The tension is built up in a subtle way at first but then really hits the reader hard in the final third of the issue.  With such a well written story, the art had to really knock it out of the park and the dark, shadow filled work by Daniel Indro and the colorist Slamet Mujiono fits the story very well.  You really feel the claustrophobic emotions coming from the trenches that the soldiers live and die in and that creeps under your skin.

All in all, I would have to say that this is the best issue of the Tennant stories thus far.  I loved the fact that it's revealed quite quickly who the villains will be in this arc but even then, it's shocking.  That is especially true in the scene in the hospital at the end of the issue.  If you are a Whovian then this is one issue that is well worth picking up.