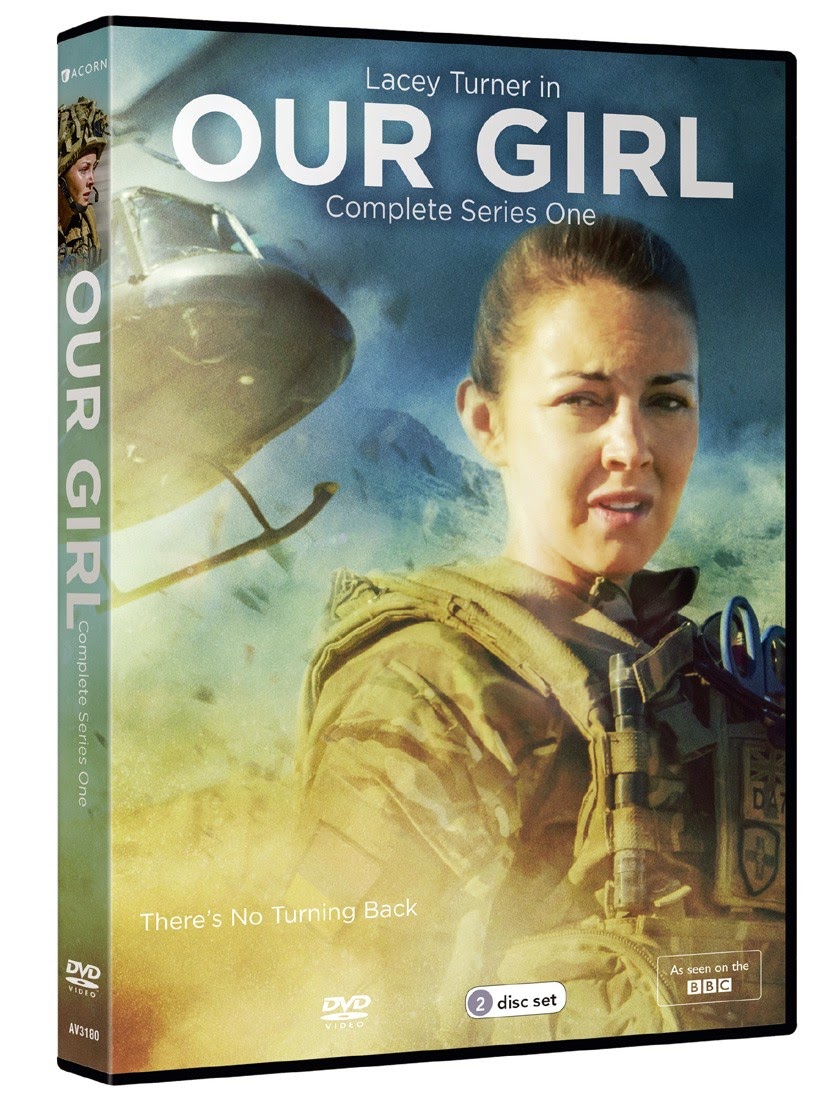 
What happens when a young woman is dispatched to an Army base in Afghanistan, swiftly becoming the target of insurgent bullets?

And what happens when everything she thought she knew about herself is tested thousands of miles from home?


I have to admit that I wasn't all that sure what to expect from this series when I was sent it to review for this site, mainly because I wasn't at all familiar with a lot of the cast.  In fact, the one name that did pop out to me was Lacey Turner but I'd only seen her in passing in a soap opera called Eastenders.

After watching this one, I was utterly hooked in and wanting to see more of these characters and more of their careers in the military.

That said, the biggest surprise for me was that of Lacey Turner.  As I said earlier, I was only somewhat familiar with her because of seeing the odd snippet of her in a soap opera.  Here you forget about that role and pretty much anything else she has ever been in because of one simple fact.  She completely inhabits the role and becomes the character of Molly.  She plays the character with such a subtle but heartfelt nature that you can't help but be hooked in to seeing just what happen to her next yet it's done in such a down to Earth way that it almost feels like you are seeing a realistic, almost real life film about the military work done in Afghanistan.

The rest of the cast more than hold up their own end of things here too.  I can honestly say, and I mean this in the best way possible, that there weren't any standouts for me because they were all so good that I wanted to know more about each of the characters in the five episodes here.

Special features wise, there isn't a whole load on offer but the little snippets we have here are interesting and really show how much effort went into making the show.  The realism of the scenes and the tribulations that the characters go through is nicely shown here as well so I found that side of things really interesting.

All in all, this is definitely a series well worth picking up and I honestly think that if there's any justice in the television world then this will be a star making performance for Lacey Turner in particular.