How About You Review 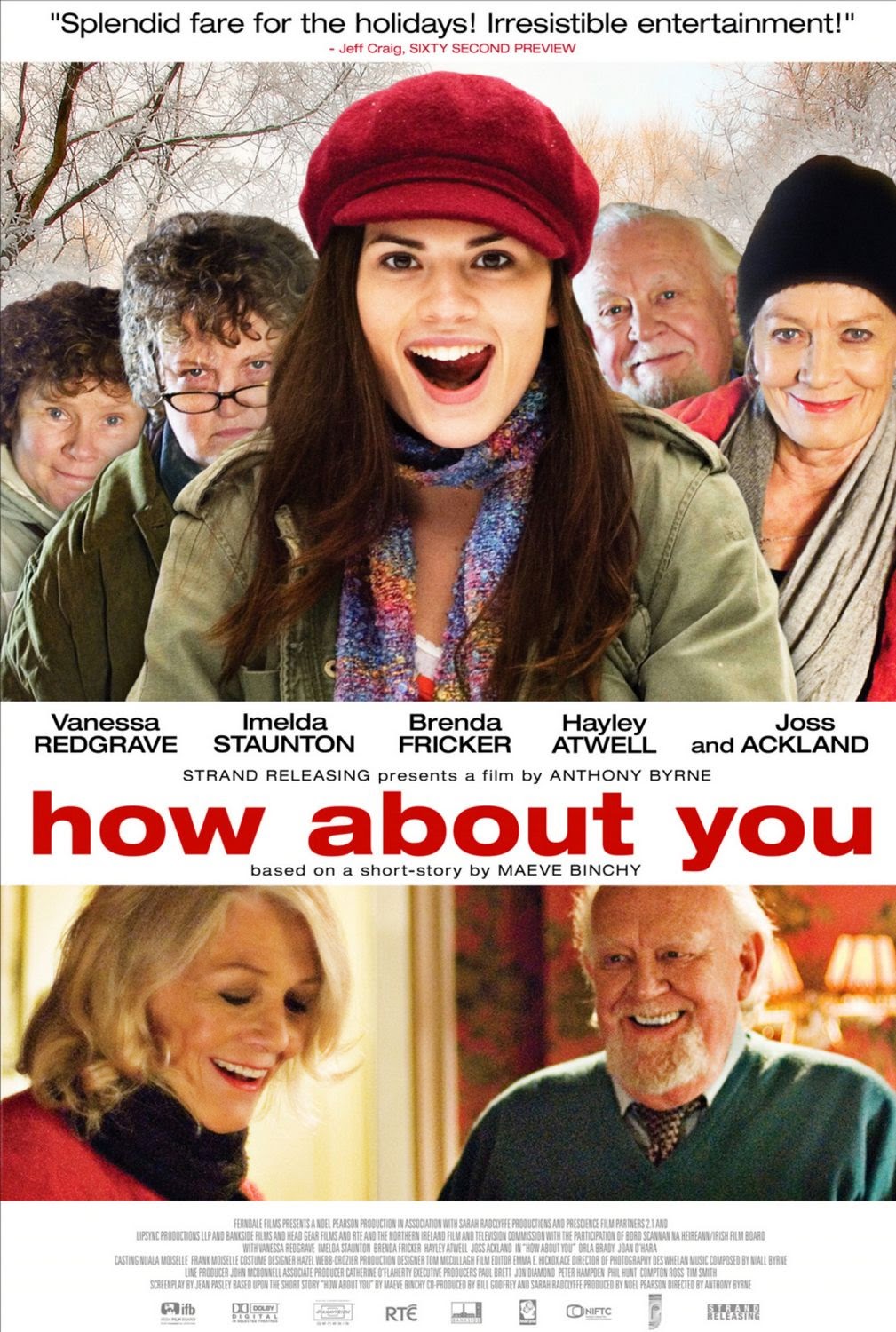 Based On
'How About You' by Maeve Binchy


How About You tells the story of Ellie, a young woman left in charge of the residential home run by her older sister, over the Christmas period.

Whilst most of the residents have left to spend the festive period with their families, four residents, known as 'the hardcore' remain. Their behavior is so terrible that the home faces closure as potential new residents are put off by their appalling antics.

I have to admit that I bought this movie on a whim after seeing the cast listing on the back.  How could a movie with a cast that includes such wonderfully talented performers such as Joss Ackland, Vanessa Redgrave and Imelda Staunton be anything other than good?

Well, now that I've finally gotten around to watching it, I was absolutely blown away by the movie itself.

On paper, the story doesn't seem all that original but with the cast that includes such amazing names, they completely make the movie fly off the screen in so many different ways.

Ireland is well known for their hard hitting and impressive movies but here, this movie takes a little bit of a different slant by being a softer yet emotionally engaging movie that will not only have you laughing like a crazy hyena but will also have you crying too.  A lot of that has to do with the amazing performances by one of the strongest casts that I have seen in a movie for a long time.

The one thing that worried me about the movie itself was that would the younger cast with such names as Orla Brady, who Doctor Who fans will recognise as Tasha Lem in The Time of the Doctor,  and Hayley Atwell, that they would maybe get lost in the shuffle so to speak.  That said, they more than hold up their own but also really fit in to the cast superbly well.  That's most true with Atwell, especially during her scenes with Vanessa Redgrave.  Their relationship really comes across as completely genuine and touching.

The rest of the cast are beguiling to say the least.  Imelda Staunton plays her character with such innocence yet with an air of mischief that when you get to the heart of her story, the emotion of it all really hits the viewer hard.  That's most true of the Joss Ackland character in that his arc starts slowly but his subtle style of acting really hits home in the more emotional moments.

All in all, this is a heart warming, sweet and very funny movie that is well worth seeing.  In fact, it deserves to have been seen by a lot more people than it has because there are some truly brilliant performances here that are more than worth picking the movie up for.

Posted by Pat Scattergood at 12:53