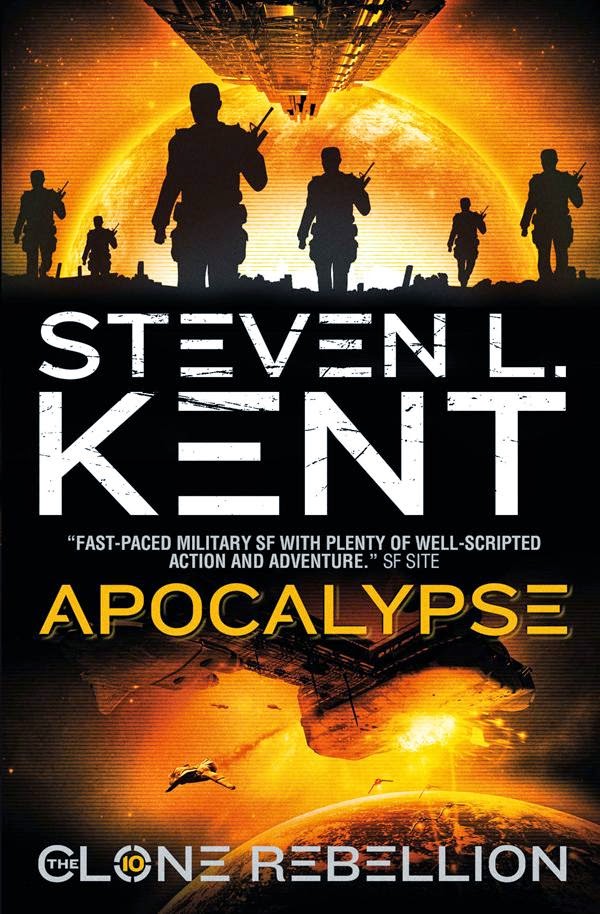 
Earth, 2519 A.D.  The clone soldiers of the Enlisted Man's Empire, formerly members of the Unified Authority's powerful military, believe they have finally secured their freedom.  They may not live to learn how wrong they are...

After launching an unsuccessful invasion of Washington, D.C., the Unified Authority is on the verge of defeat.  Then the clones discover the U.A.'s last-ditch plan for survival: a super weapon, a virus designed to attack the clone's internal architecture.  Only one clone is immune to the virus - Wayson Harris, an outlaw model with independant thoughts an an addiction to violence.

As his empire collapses, Harris begins a one-man war against the government that created, betrayed and ultimately destroyed his brothers.  But fighting the war becomes more difficult as the rush from the constant combat drives Harris increasingly insane...


Continuing the military action stories of the previous 'Clone' novels, Steven L. Kent returns with the tenth book in the series.  I've always felt that one of the strengths of the series was the simple fact that the books both work as a stand alone story but also as part of a larger story.

The Clone Apocalypse follows the same mould in that it works on it's own but this is definitely an installment that works better as one of the cogs in the long running machine that is known as this series.

Is this novel, Harris begins a descent in to madness and at times, insanity.  The constants battles and near death experiences have begun to wear down his mind and it shows here.  The writing by Kent really moves that part of the story along brilliantly, at times dropping subtle little nods in and others putting the exclamation point on to it all yet it gels so well that it's almost as if you are watching it happen in front of your very eyes.

Alongside that, you have the larger picture of the ongoing war with the U.A. and it's as action packed as the other books.  I loved how Kent put forward the fact that they are getting increasingly brutal and desperate because none of their plans have worked to bring them back in to power.  That's when they resort to a plan that could be seen as almost terrorist like in nature and the feeling of dread that runs through the novel with that revelation is palpable.  I couldn't wait to get to the next page to see just where the story was going to go next and how it was going to affect not only Harris but the characters around him.

If you are a fan of Kent's 'Clone' series then you are going to love all the nods to the previous tales in this one.  If you are just entering the world that Kent has created then you will be hooked in straight away thanks to the sheer strength of his writing.  Definitely one to add to any science fiction fans book shelf.