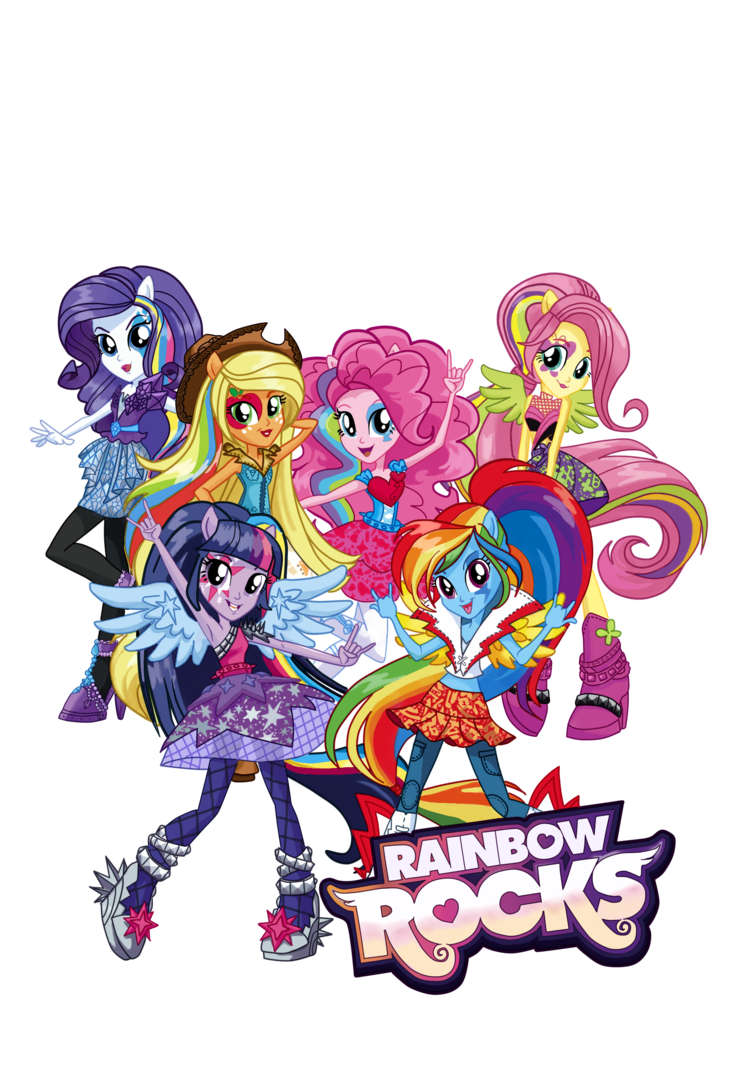 
When a new all-girl band comes to Canterlot High, Sunset Shimmer fears they have more sinister plans after they call for a school wide "Battle of the Bands", which begins to ruin friendships.


Considering my little boys obsession with the My Little Pony: Friendship is Magic television show, it was only going to be a matter of time before he tried out the Equestria Girls spin off movies.  The first one was a quite hit and miss movie but Cyrus liked it enough to want to watch it again so it did it's job on that front.

I was quite surprised that it warranted getting a sequel however considering how many fans of the show either hated it or saw it as little more than a waste of time.

However, I had the chance to take a look at this sequel alongside my little son and wondered if it was going to be little more than a rehash of that disappointing first movie.

After a bit of a start that had me thinking it would be more of the same, the movie kicked it up a gear and I found myself not only enjoying it but also tapping along with the songs.  With Cyrus watching it, he was absolutely glued to the screen with a big, cheesy grin on his face.

Story wise, it's not going to win itself any new fans or what have you but it's a massive improvement on the first movie.  There was a nice, positive message running through the movie itself and while that's pretty much the message that runs through the series itself, Rainbow Rocks does a good job of not only replicating that feeling but also putting it's own unique voice on to it.

I'm not going to lie, I'm not really all that familiar with the characters and so forth but even as someone that doesn't know the show in and out like other fans I still found it easy to follow but it's not really the story that is what raises it above the first installment in the spin off series of movies.  It's the songs.  While the songs in Equestria Girls weren't terrible, they weren't all that memorable either.  In Rainbow Rocks the songs are much better, they're catchy without being all that cheesy and they even put across the good message that friendship is an important thing throughout life.  The one thing I really liked myself was the almost sinister and rocky feel of the songs by the villains of the movie.

We do get a nice bit of character development during the movie in the same of Twilight and Sunset Shimmer.  Shimmer has turned her life around since the first movie and is struggling with the other students not trusting her after the events of the first movie.  We also get Twilight struggling the expectation of everyone thinking that she'll know what to do no matter what.  I thought that was a nice touch.

All in all, I wouldn't say this was the greatest animated movie I've ever seen but it was much better than I went in to it thinking it would be.  I will gladly admit that Rainbow Rocks was a much better movie that Equestria Girls and the songs were much more memorable.

Cyrus was enthralled by the movie and came out of the cinema wanting to watch it again and I can't ask for more than that with a family movie can I?